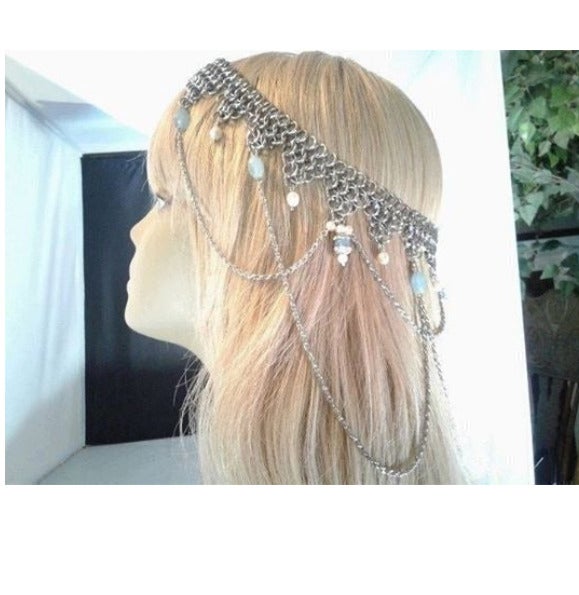 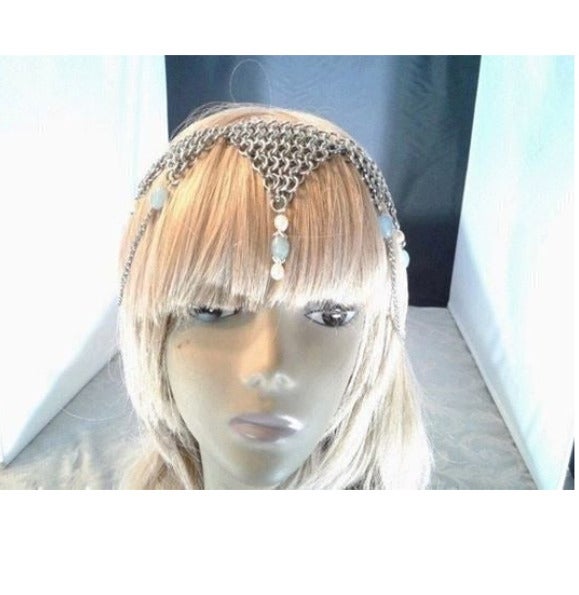 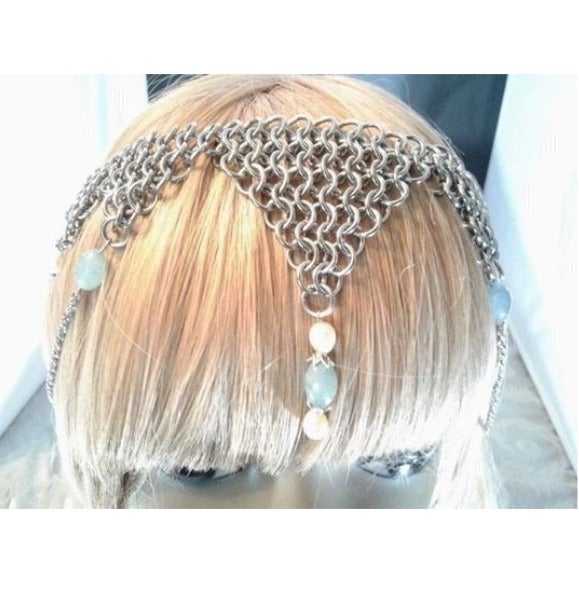 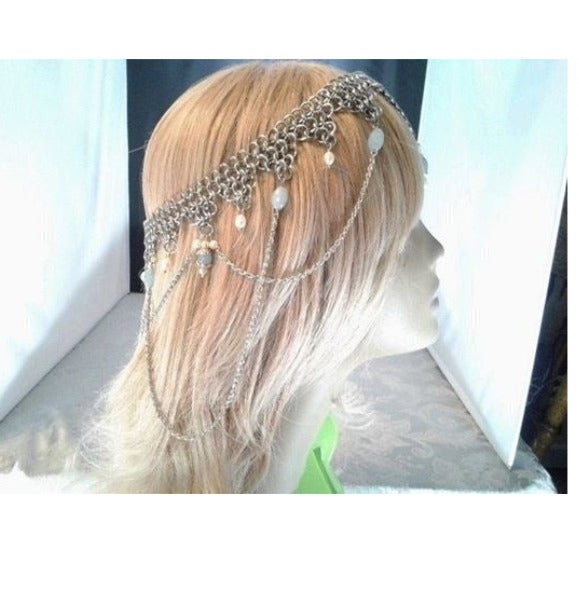 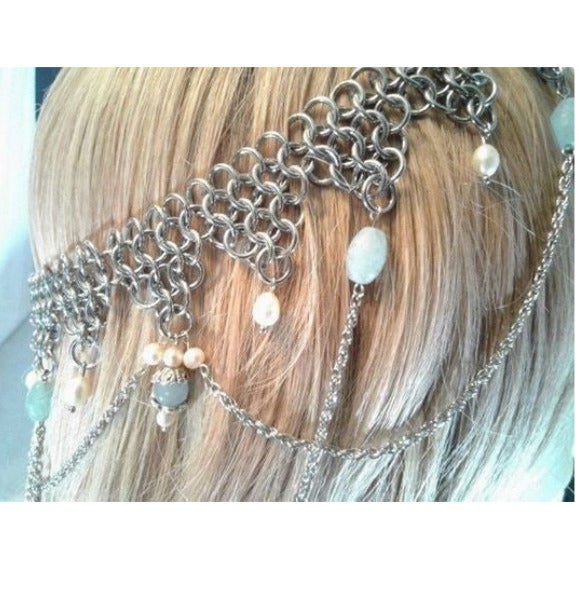 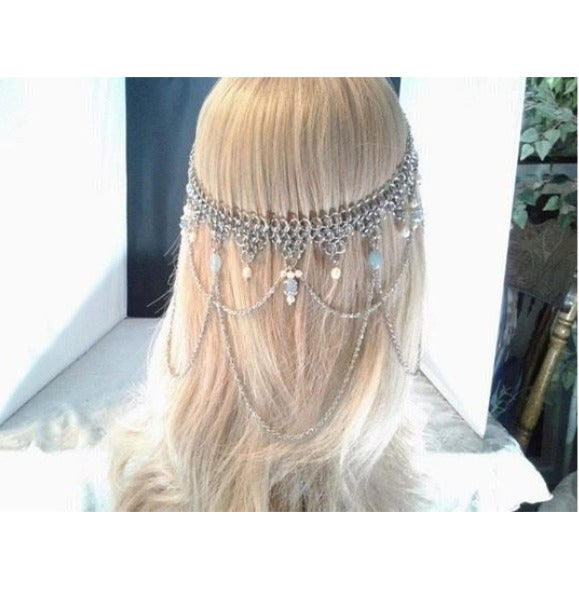 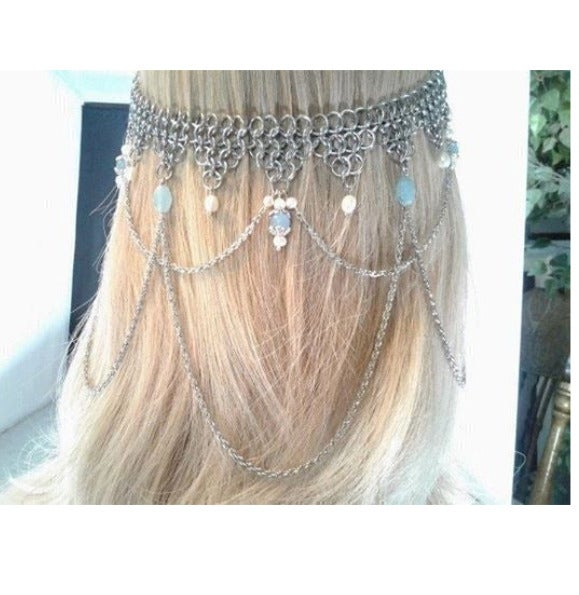 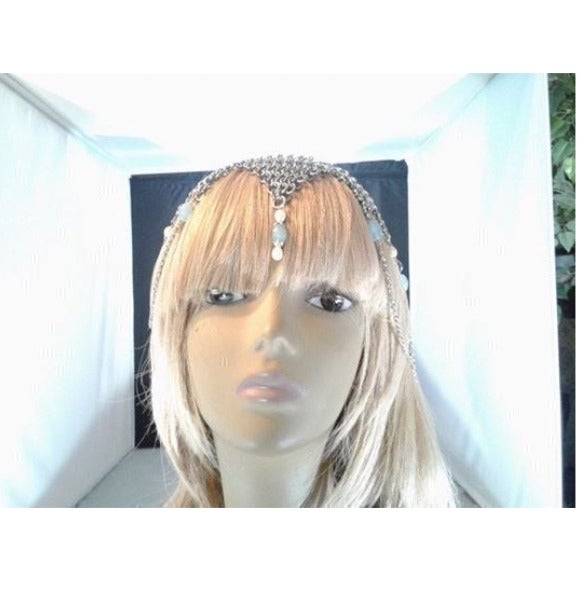 Message me to bundle
3 or more listings = free shipping
Search "Zoey's Chainmail" for similar listings
ZOEY JADE JEWELRY 218
NEW
I made this unique chain mail head piece with:
Stainless Steel 16 gage, 9mm rings;
Jewelry rope chain, end cap beads, and pins,
and Blue Agate and Pale Pink Genuine Pearl beads.
The circlet measures 10.5" diameter.
This headpiece is perfect for any Renaissance Festival Costume, Weddings or any other occasion where you want to be a little unique.
See pictures 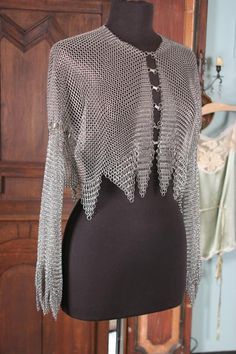 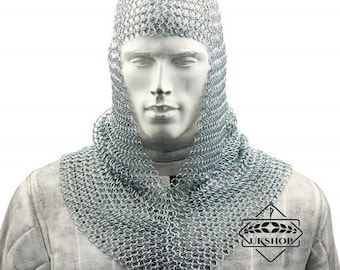 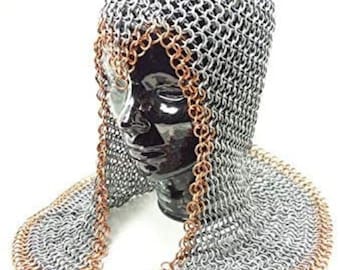 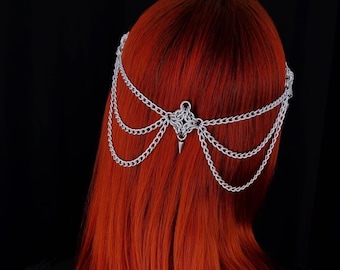 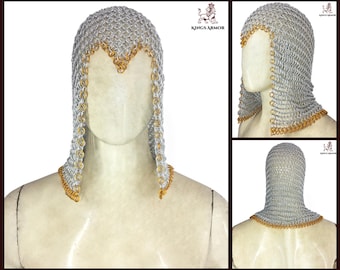 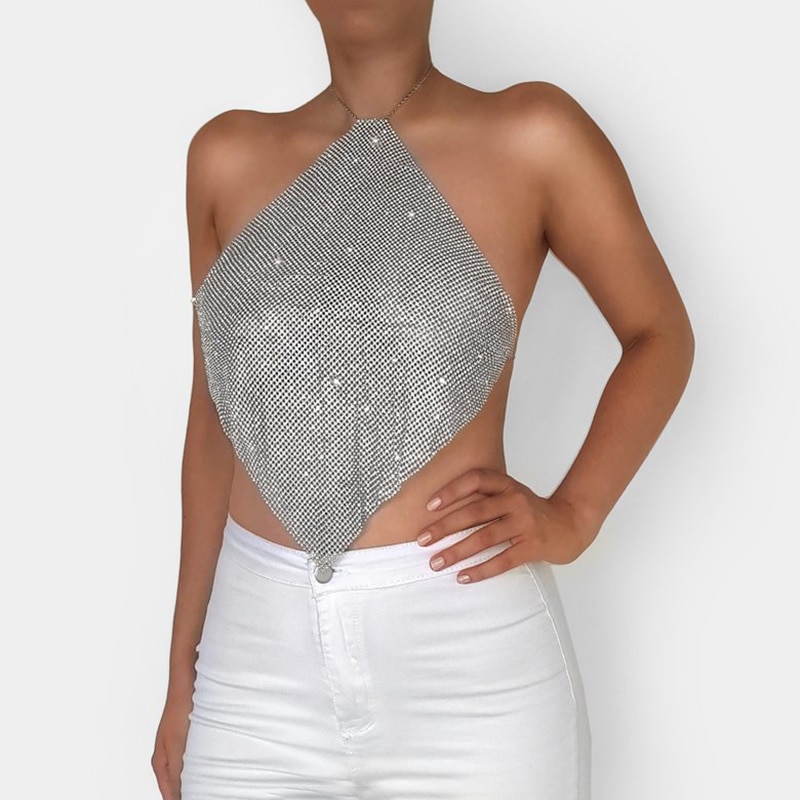 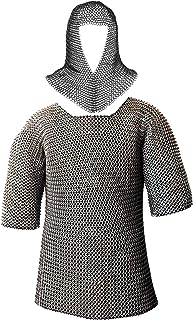 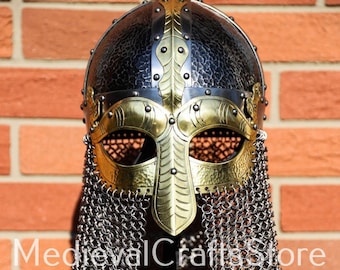 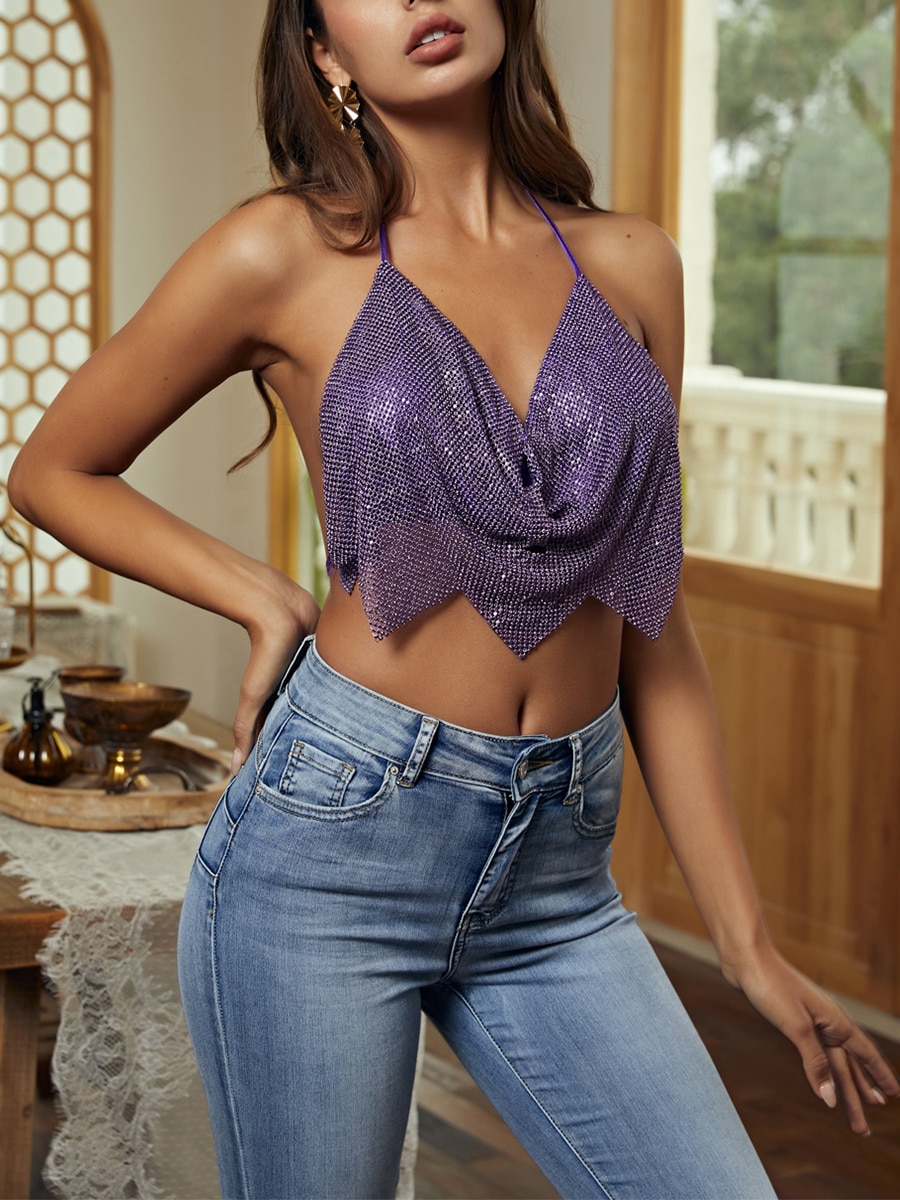 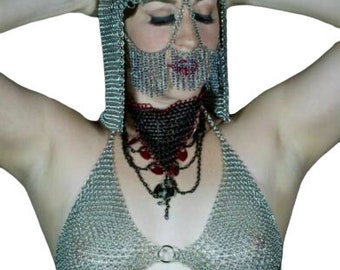 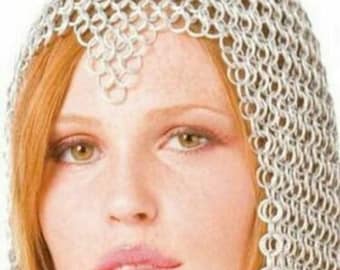 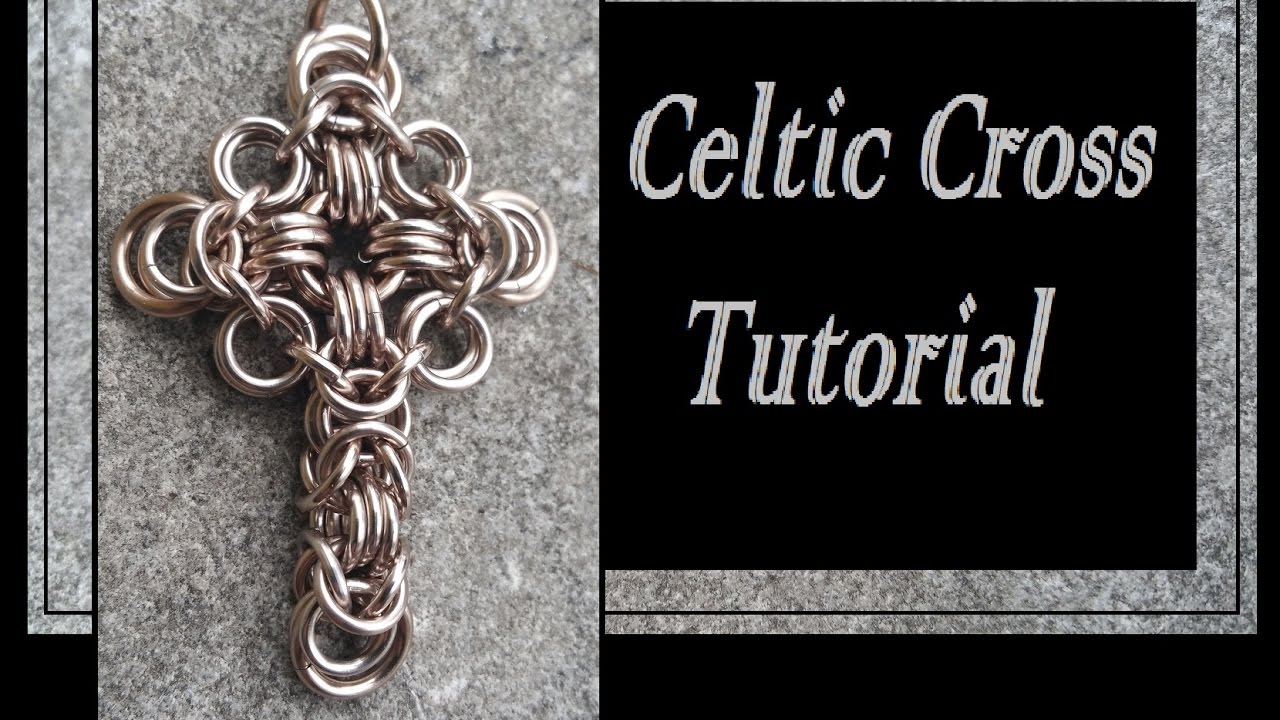 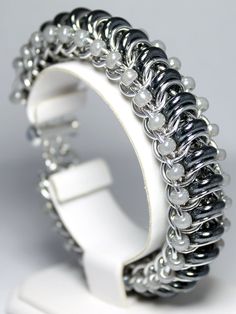 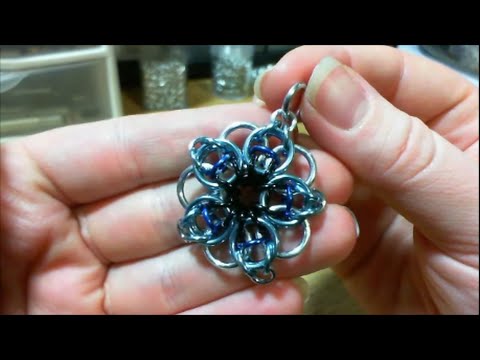