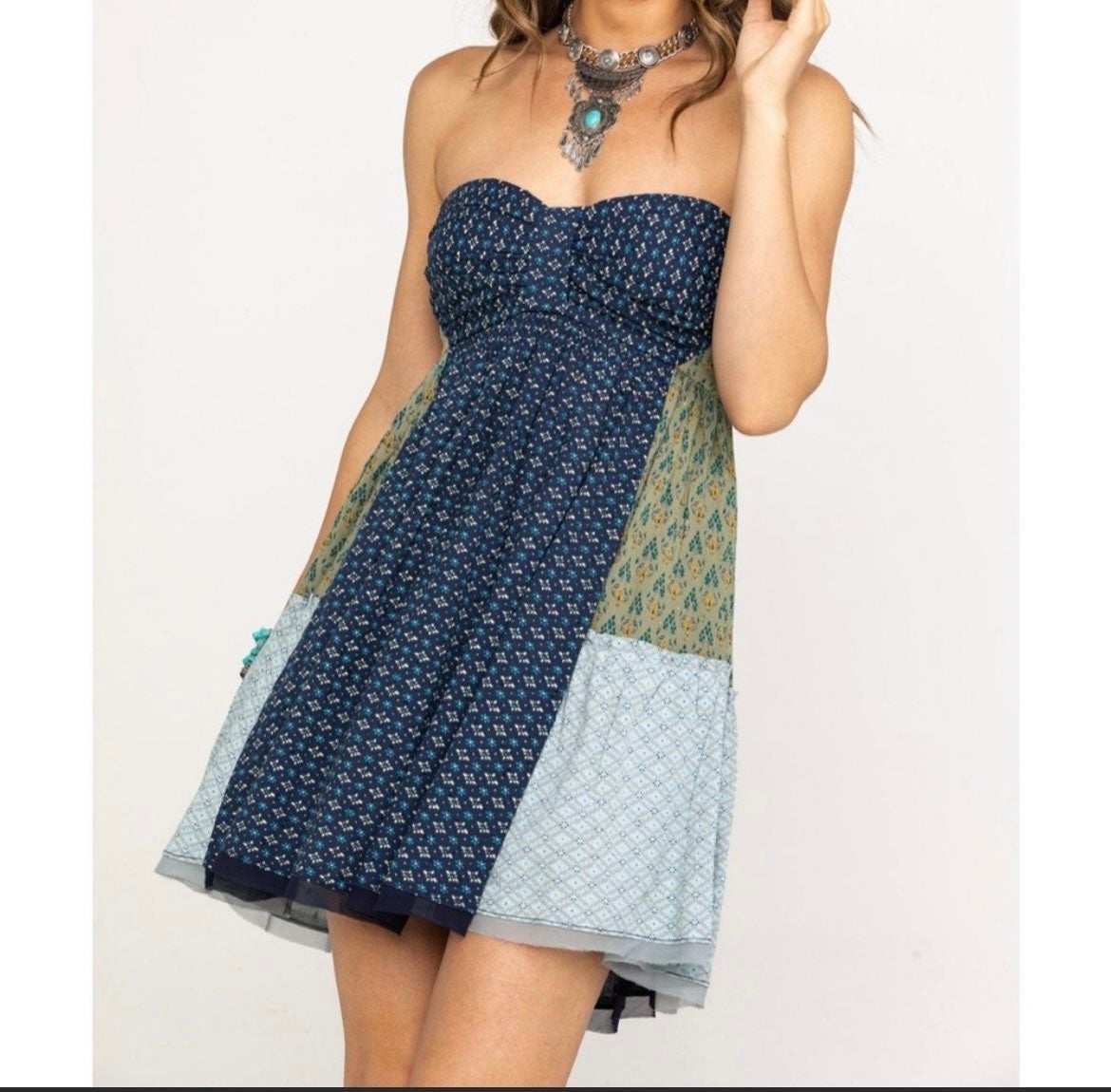 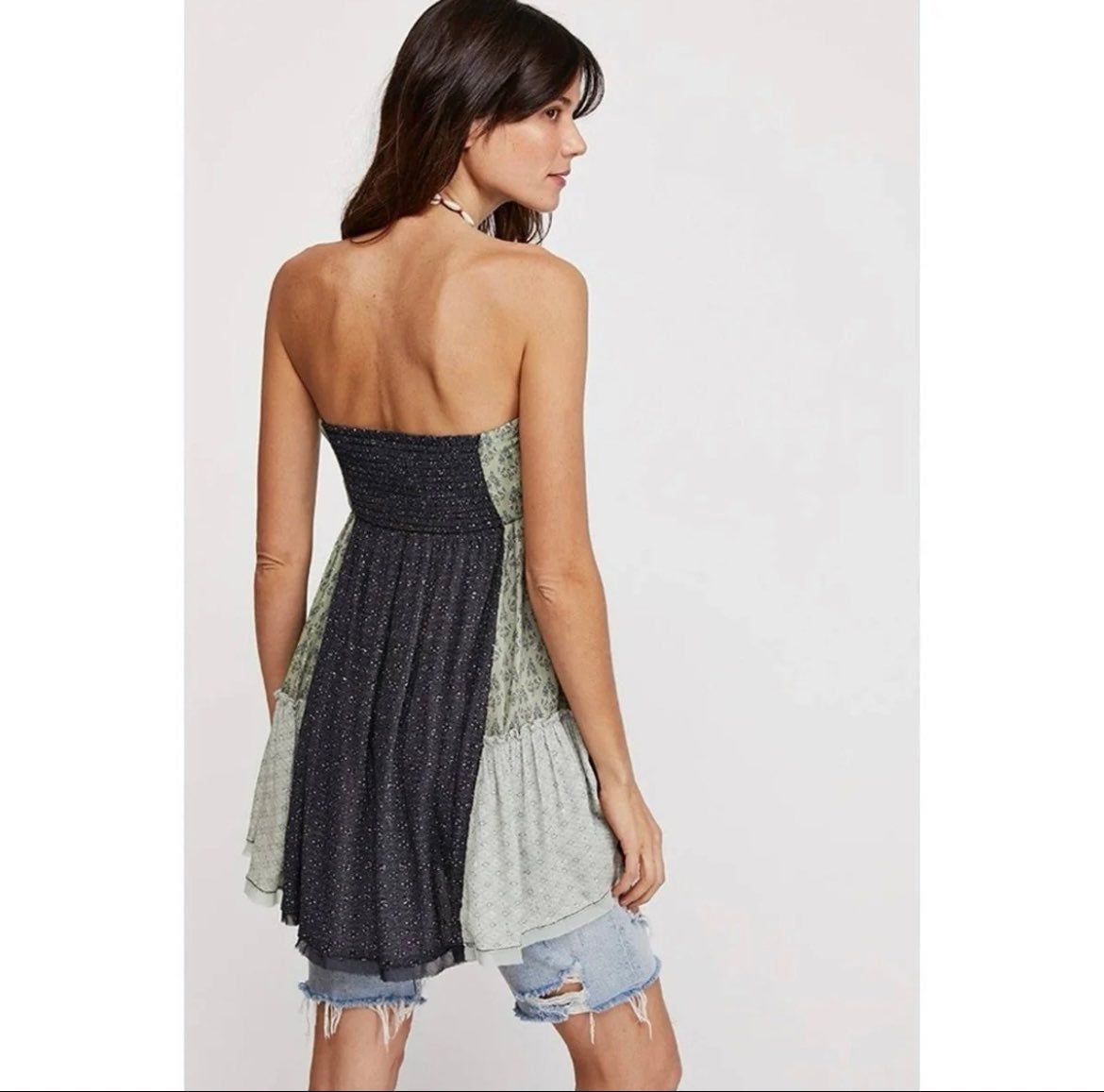 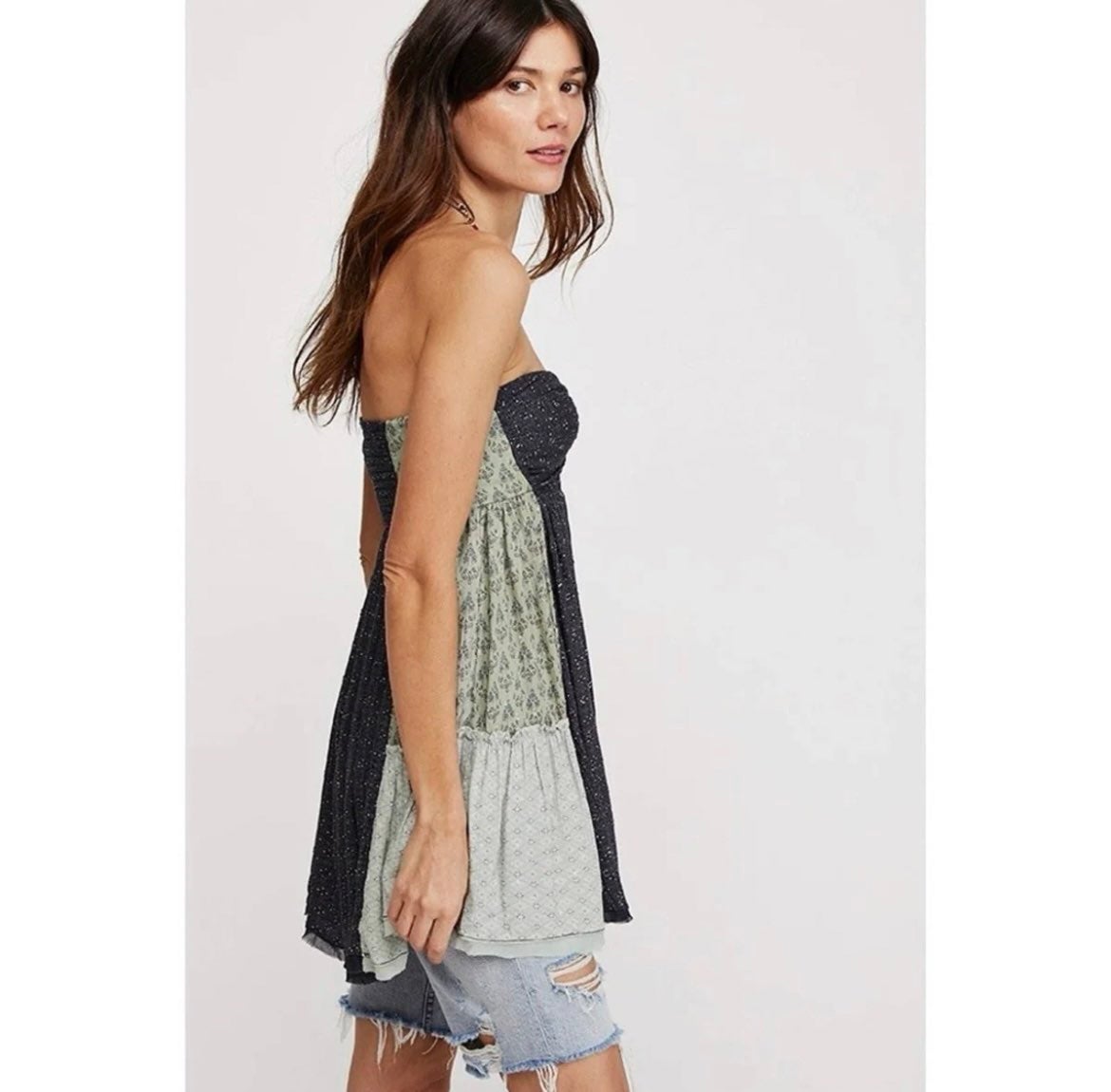 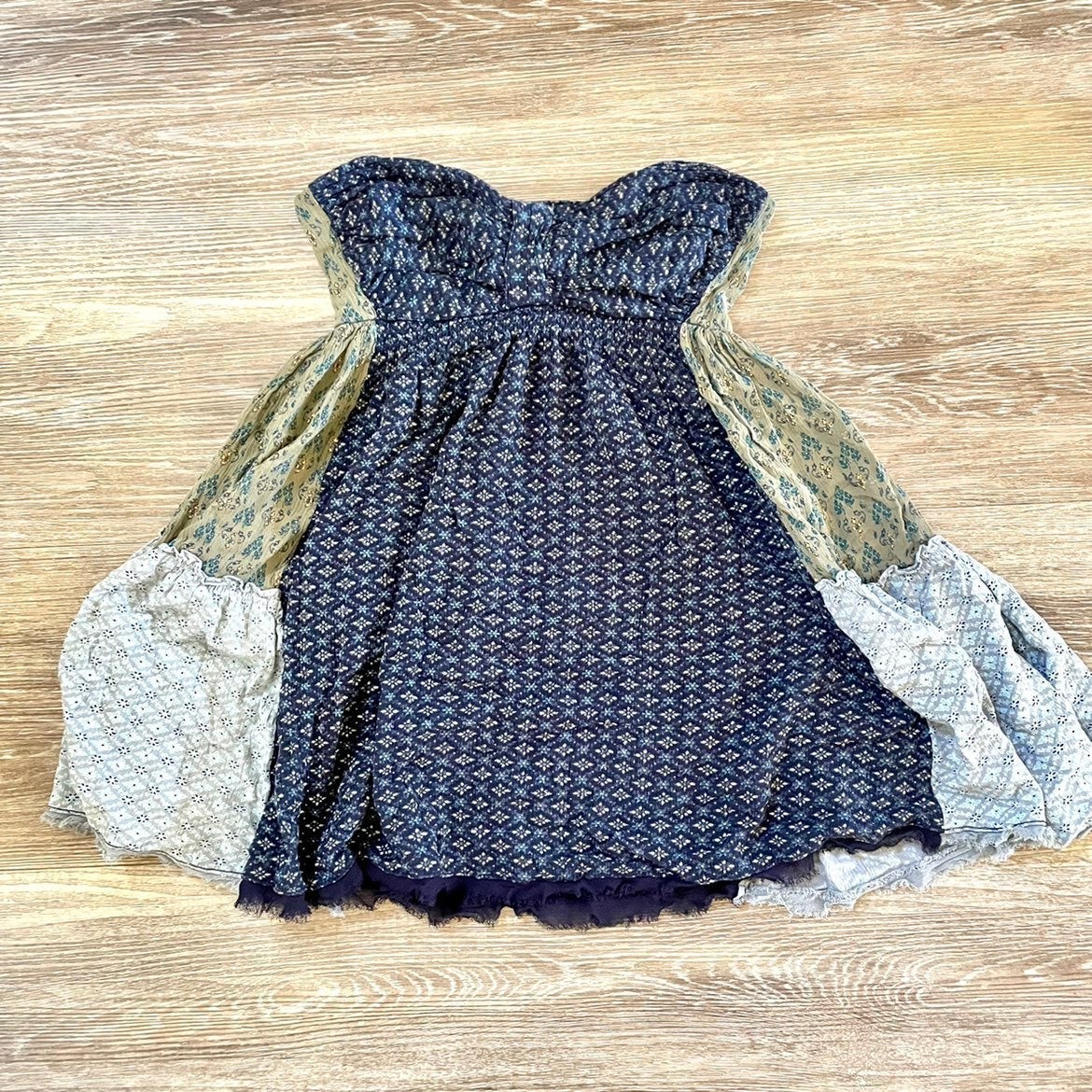 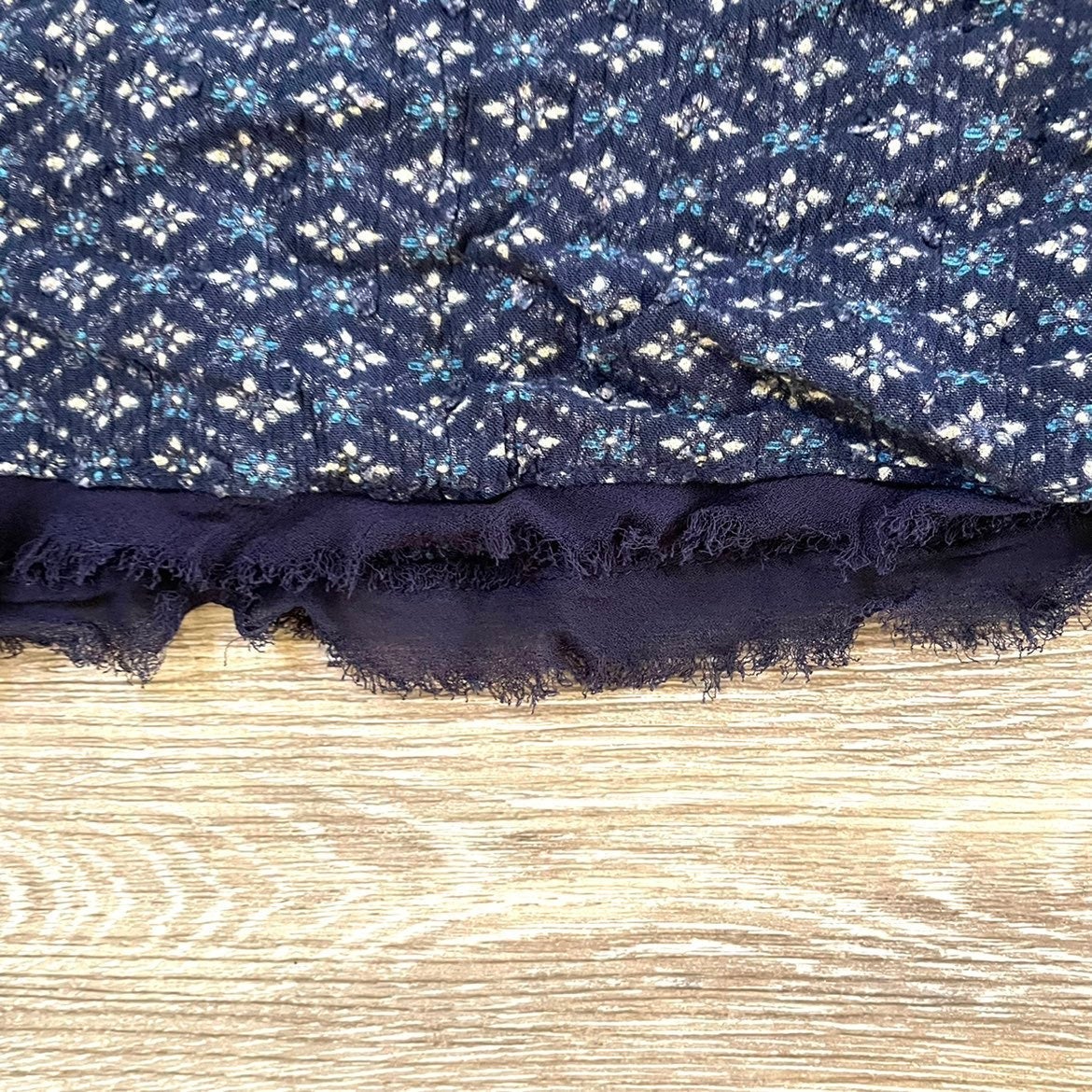 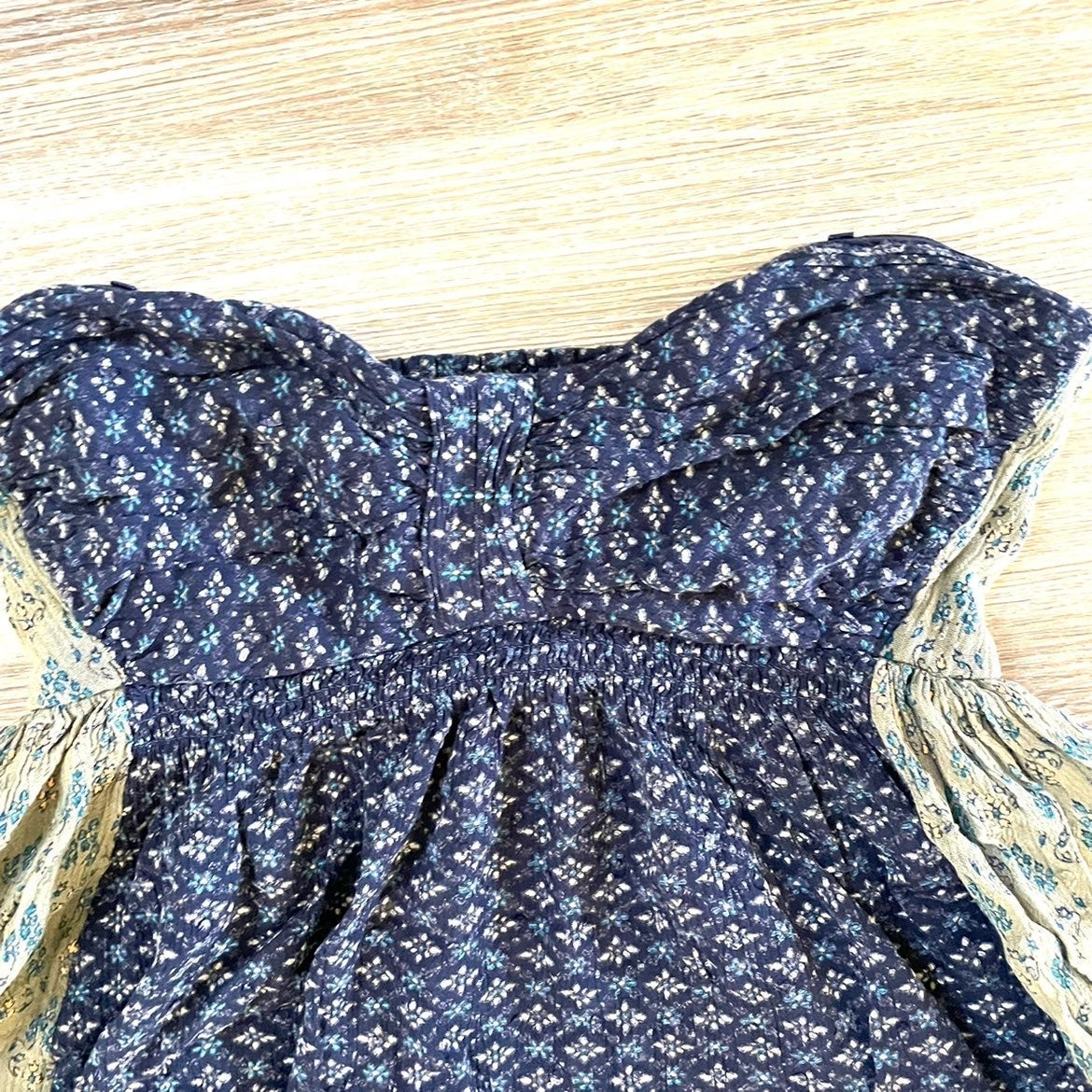 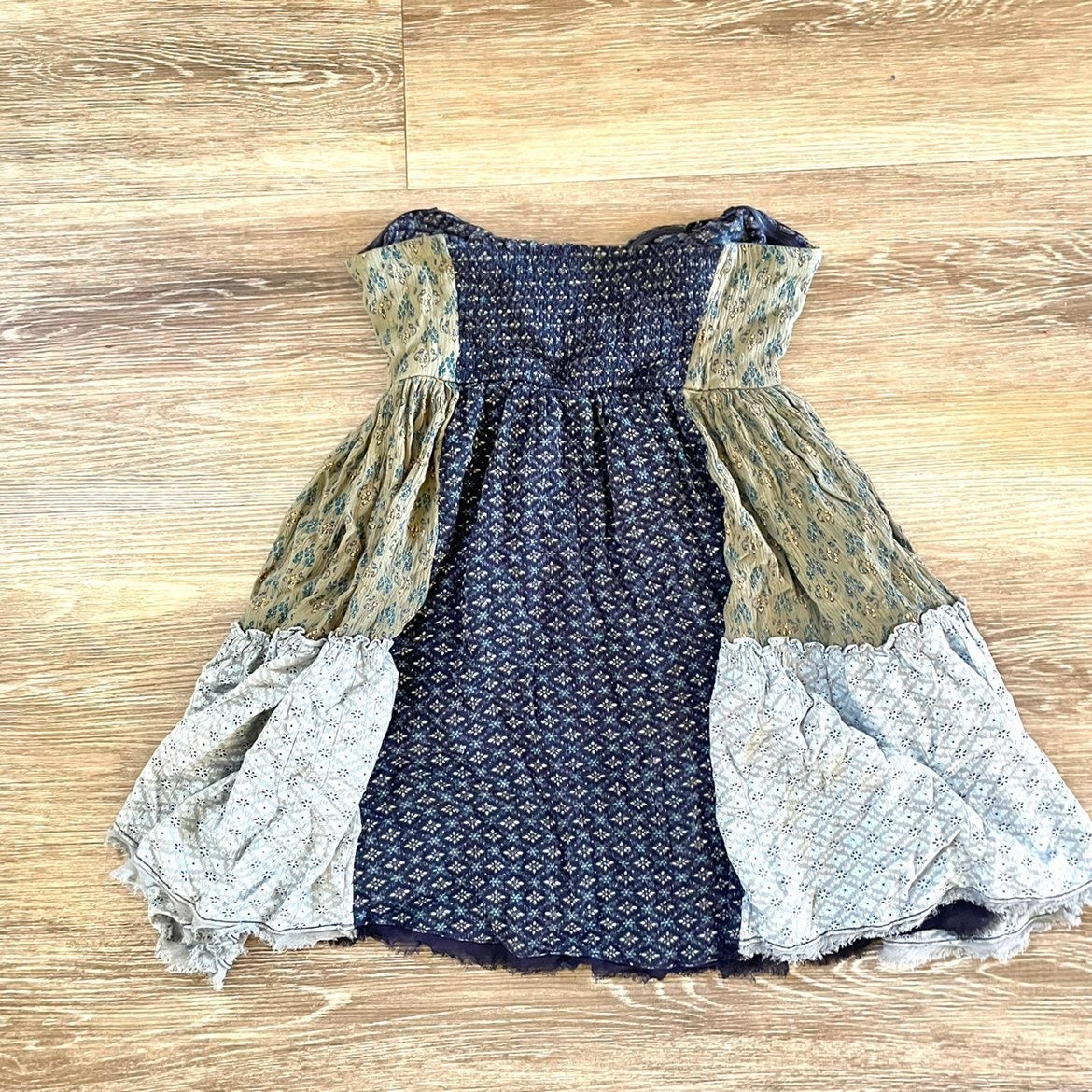 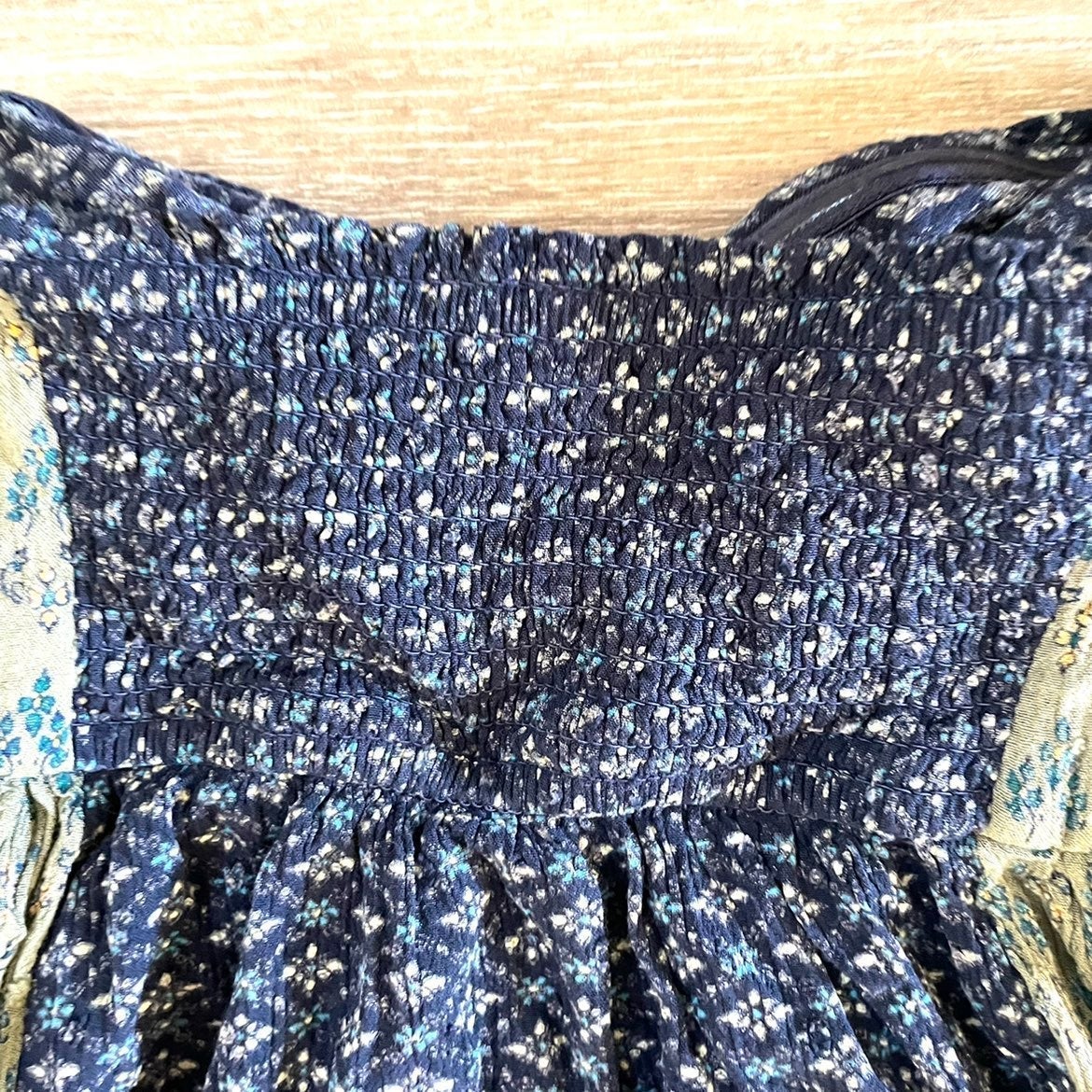 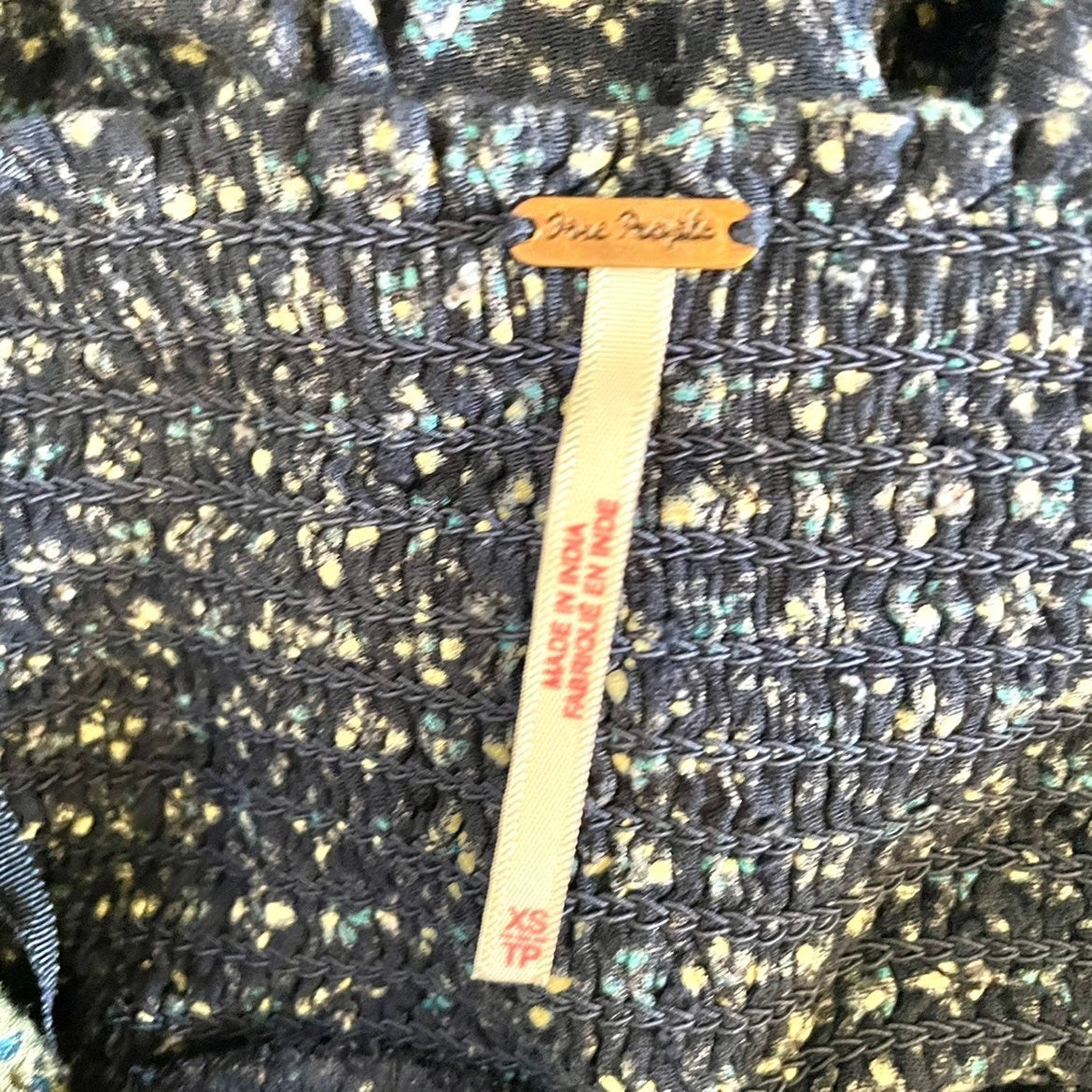 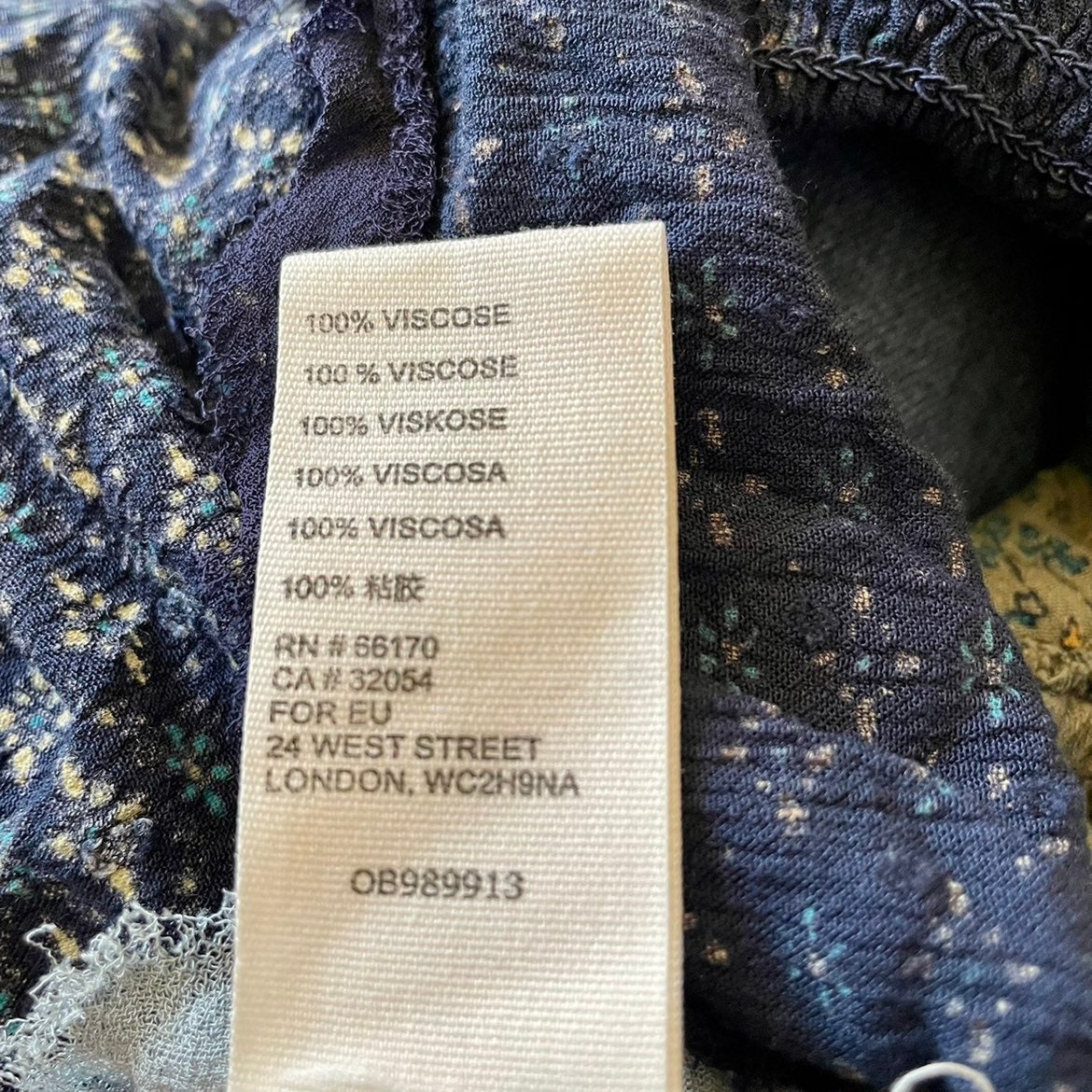 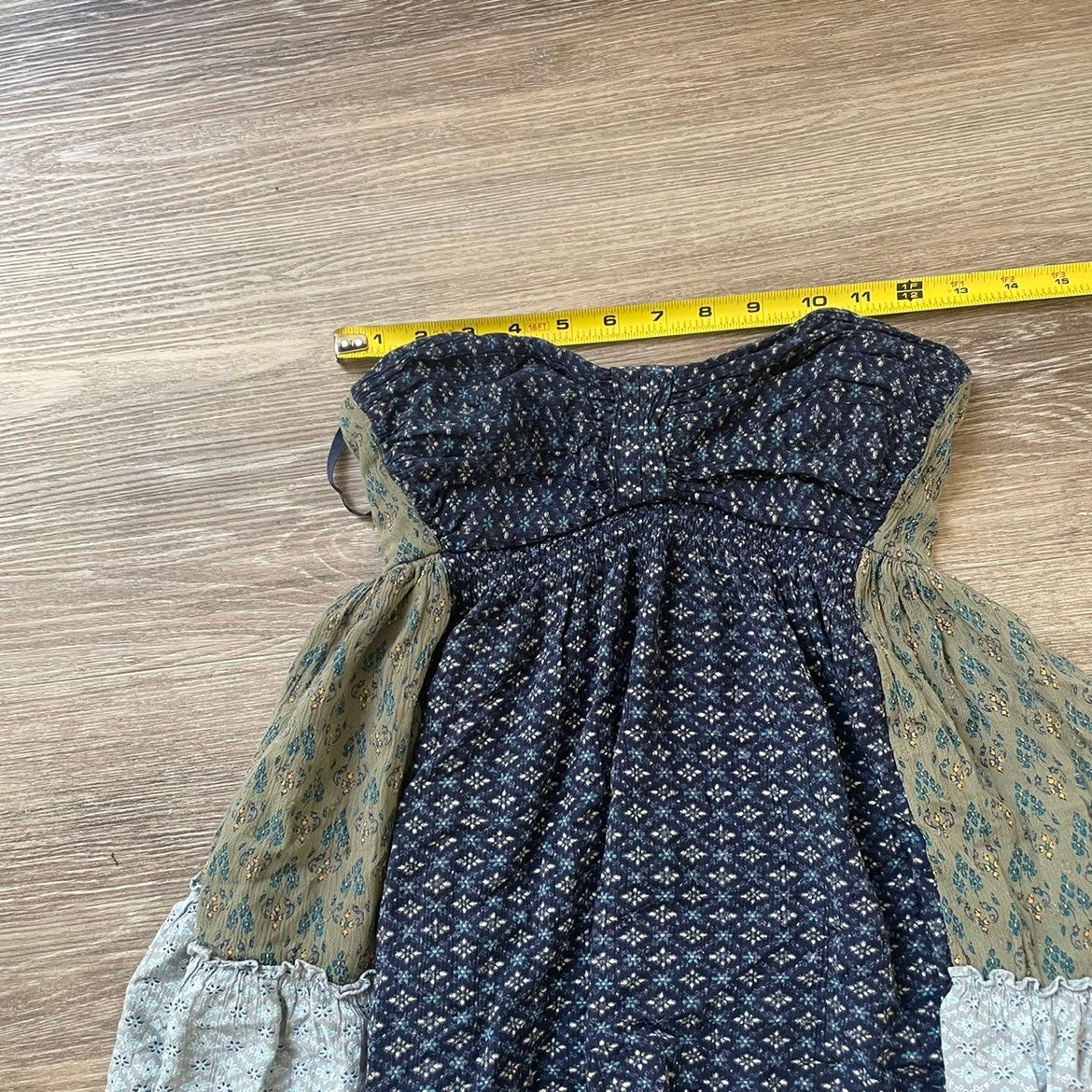 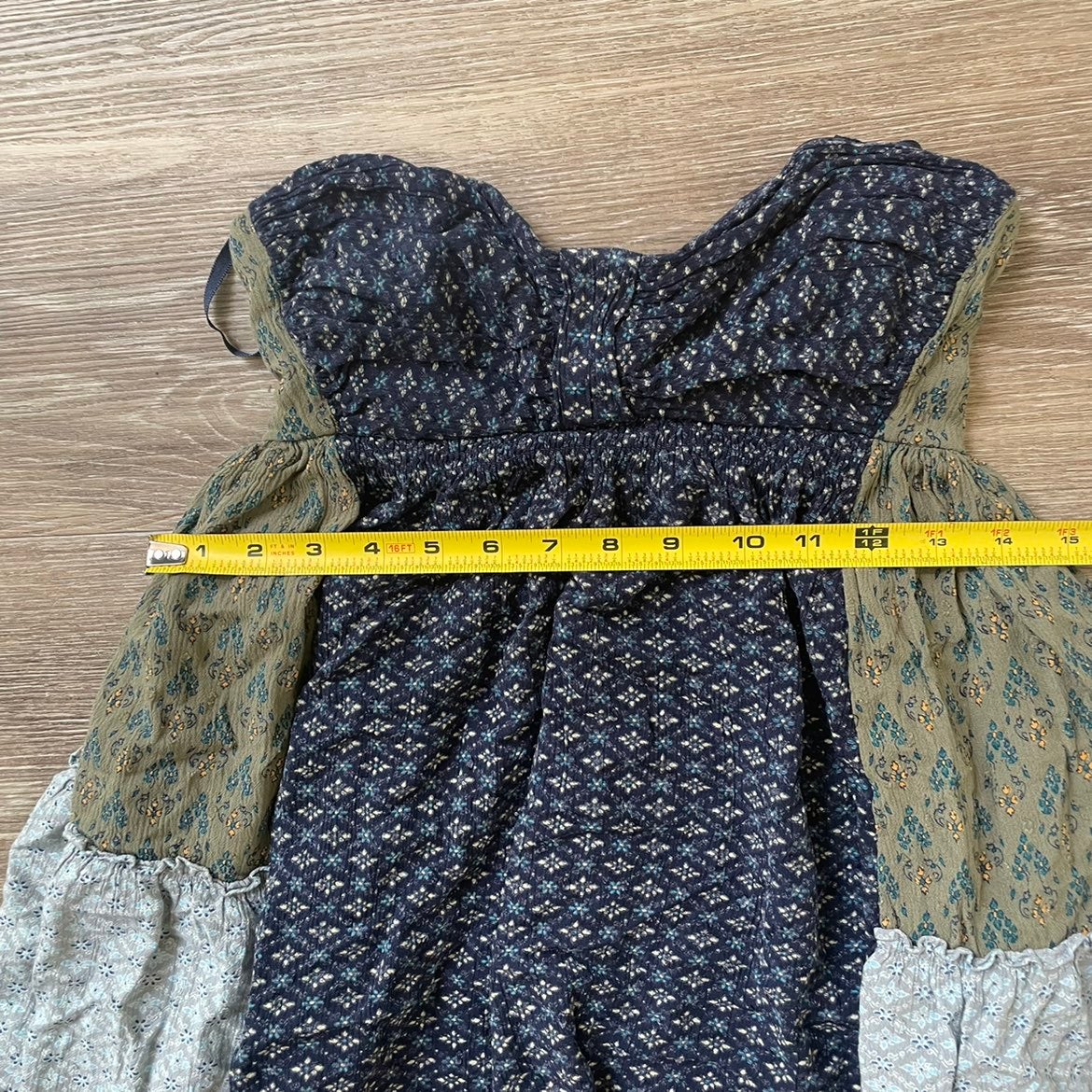 Free People Across the sea blue printed tunic
Boho chic patchwork tunic
Can be worn as a dress or top
Strapless (had straps but I don’t have them. Reflected in price). I never wore it with straps
Interior gel grip on trim to keep top in place
A line silhouette
GUC
Also have this in red
Crinkly fabric
Fast shipping 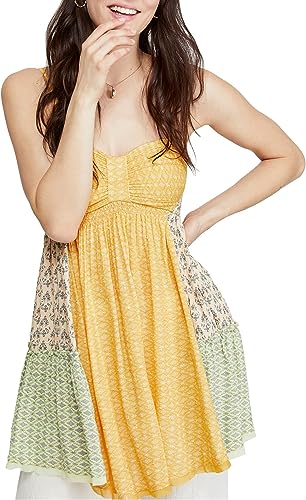 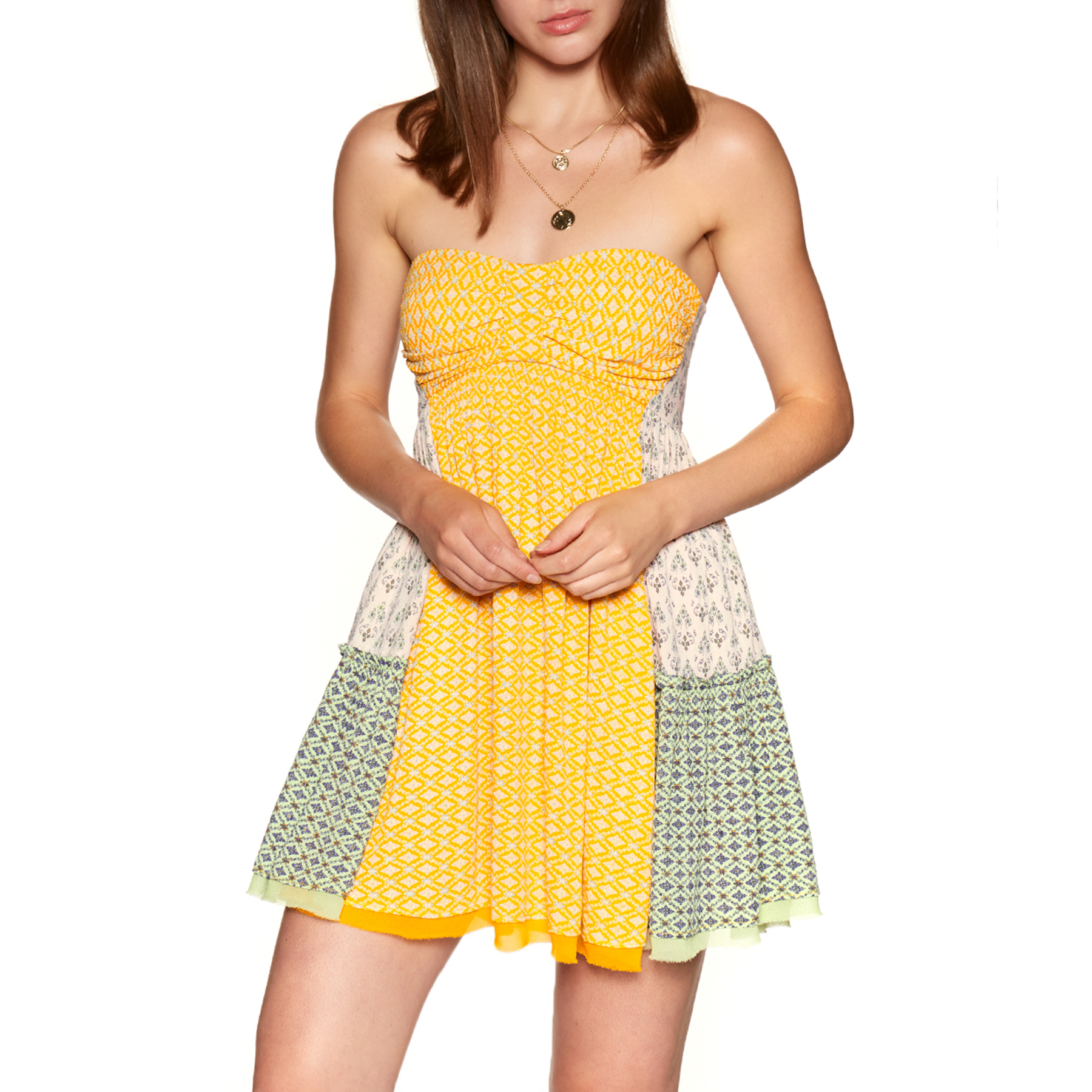 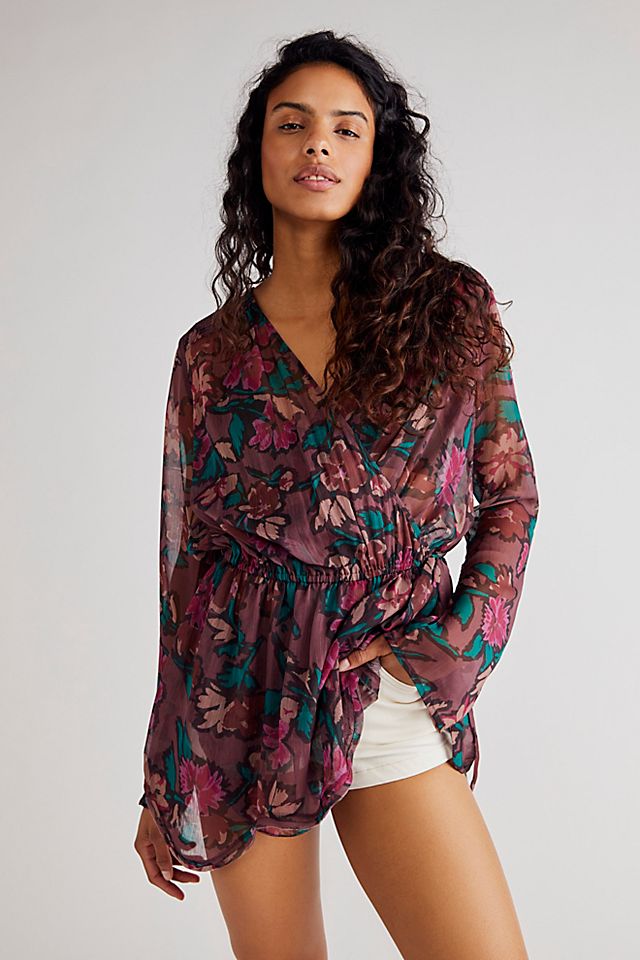 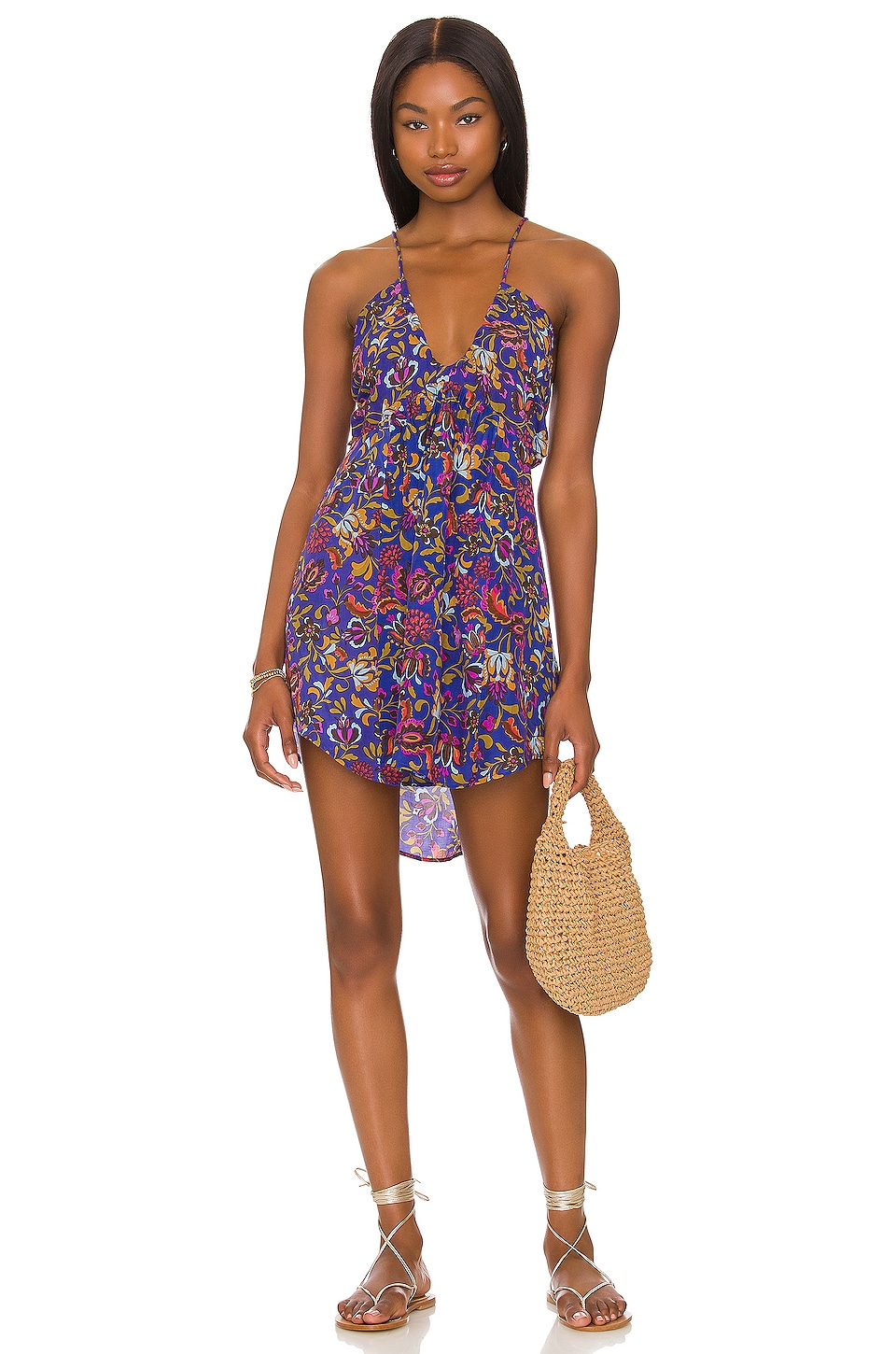 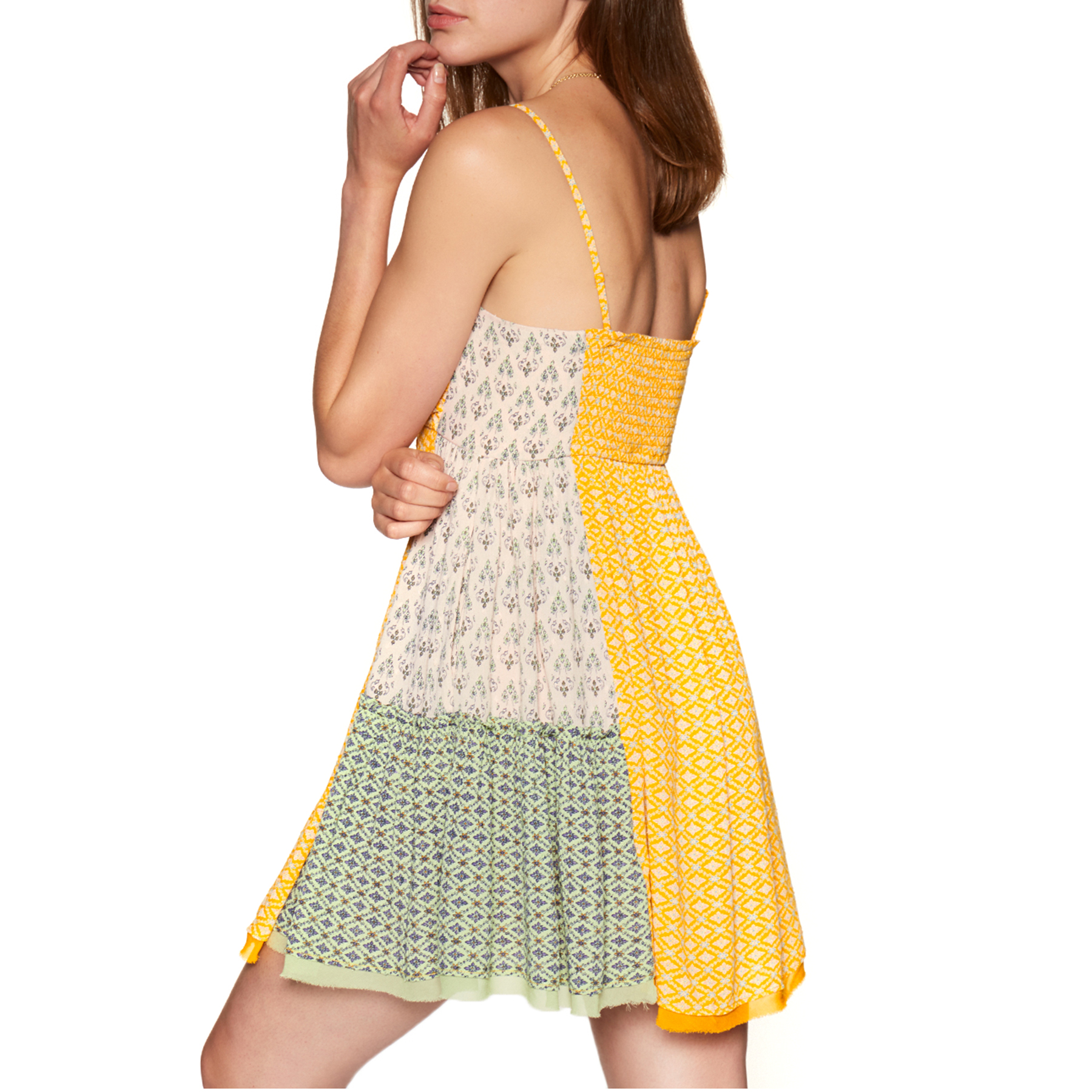 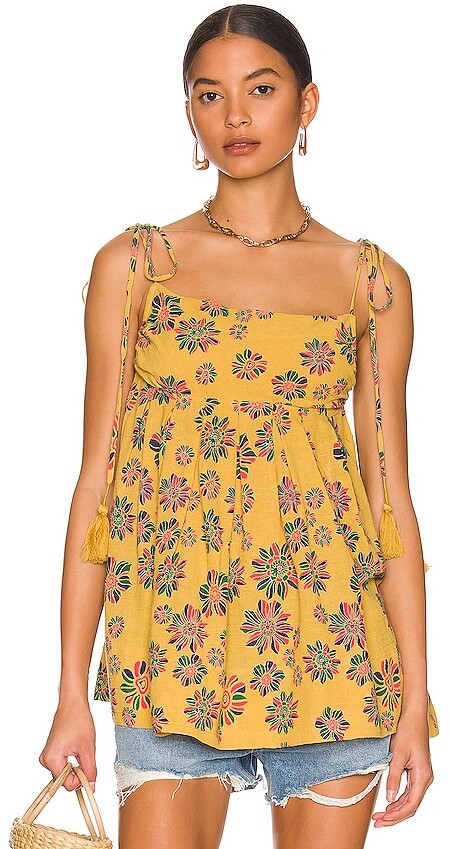 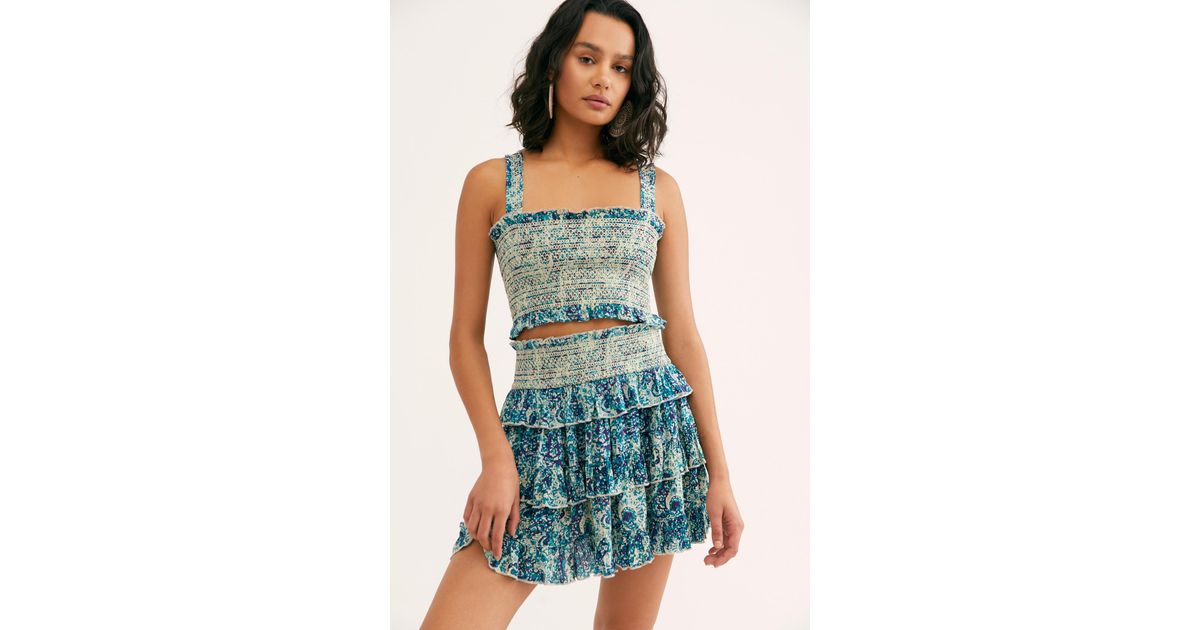 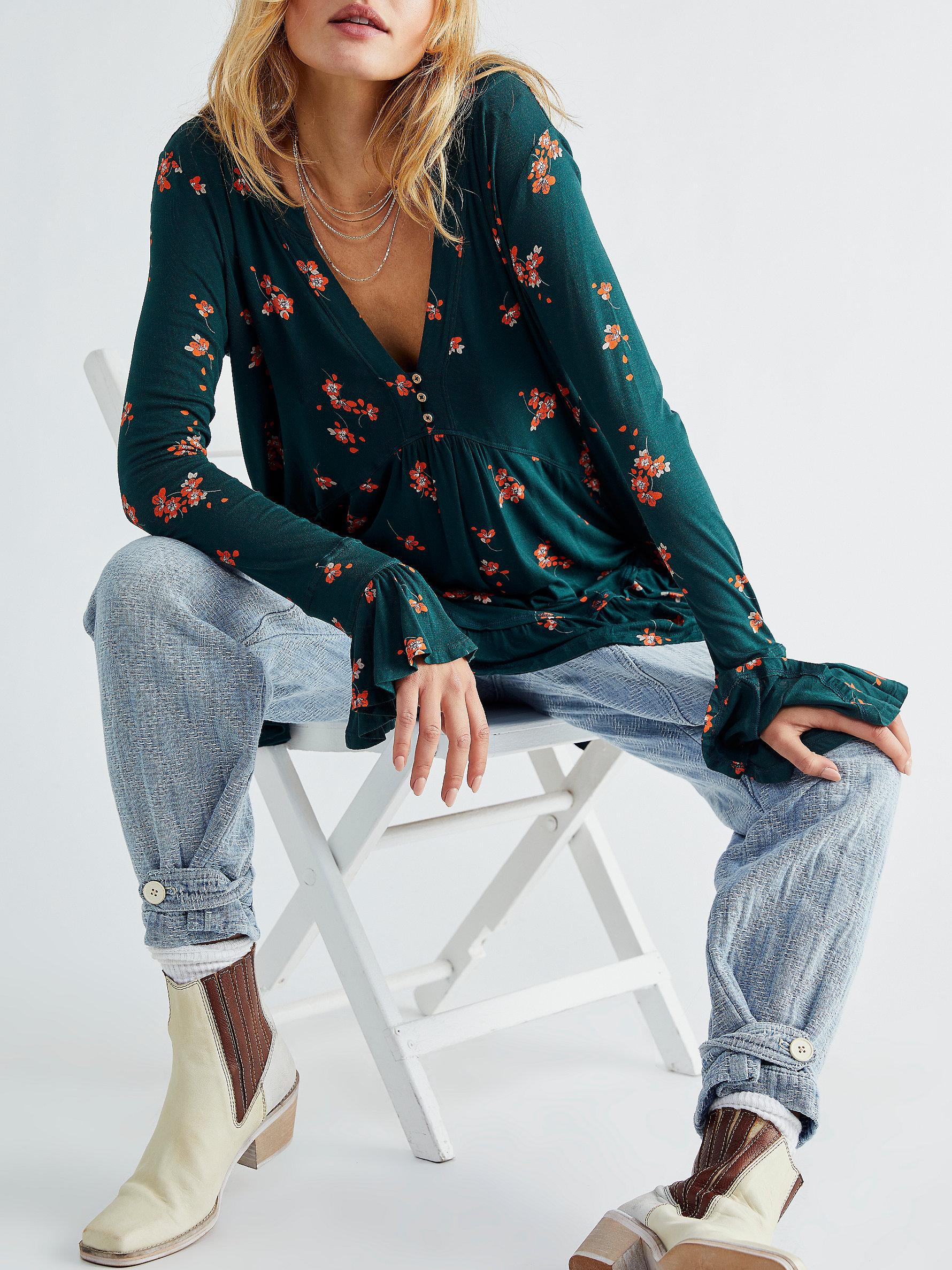 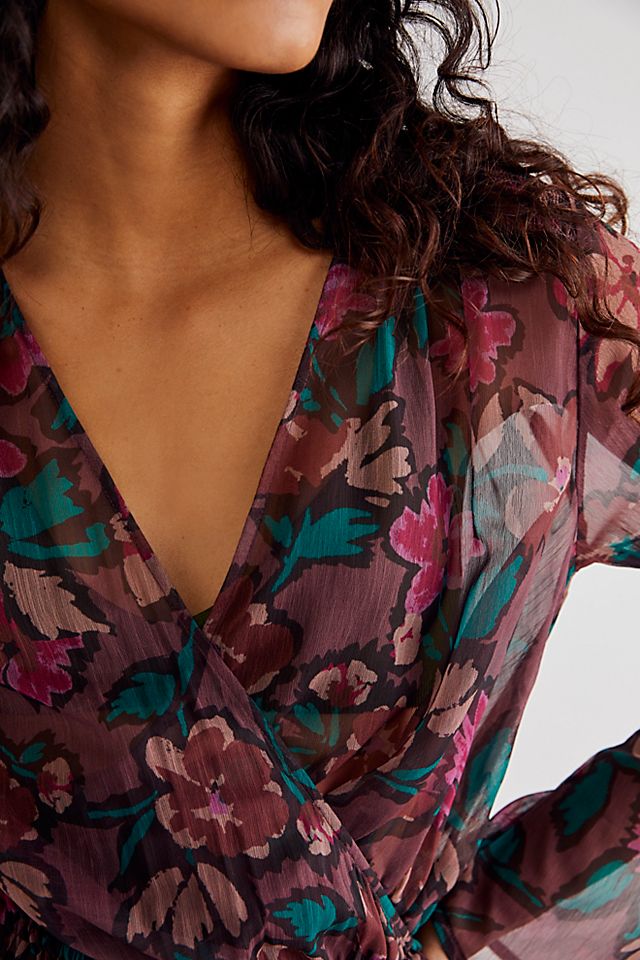 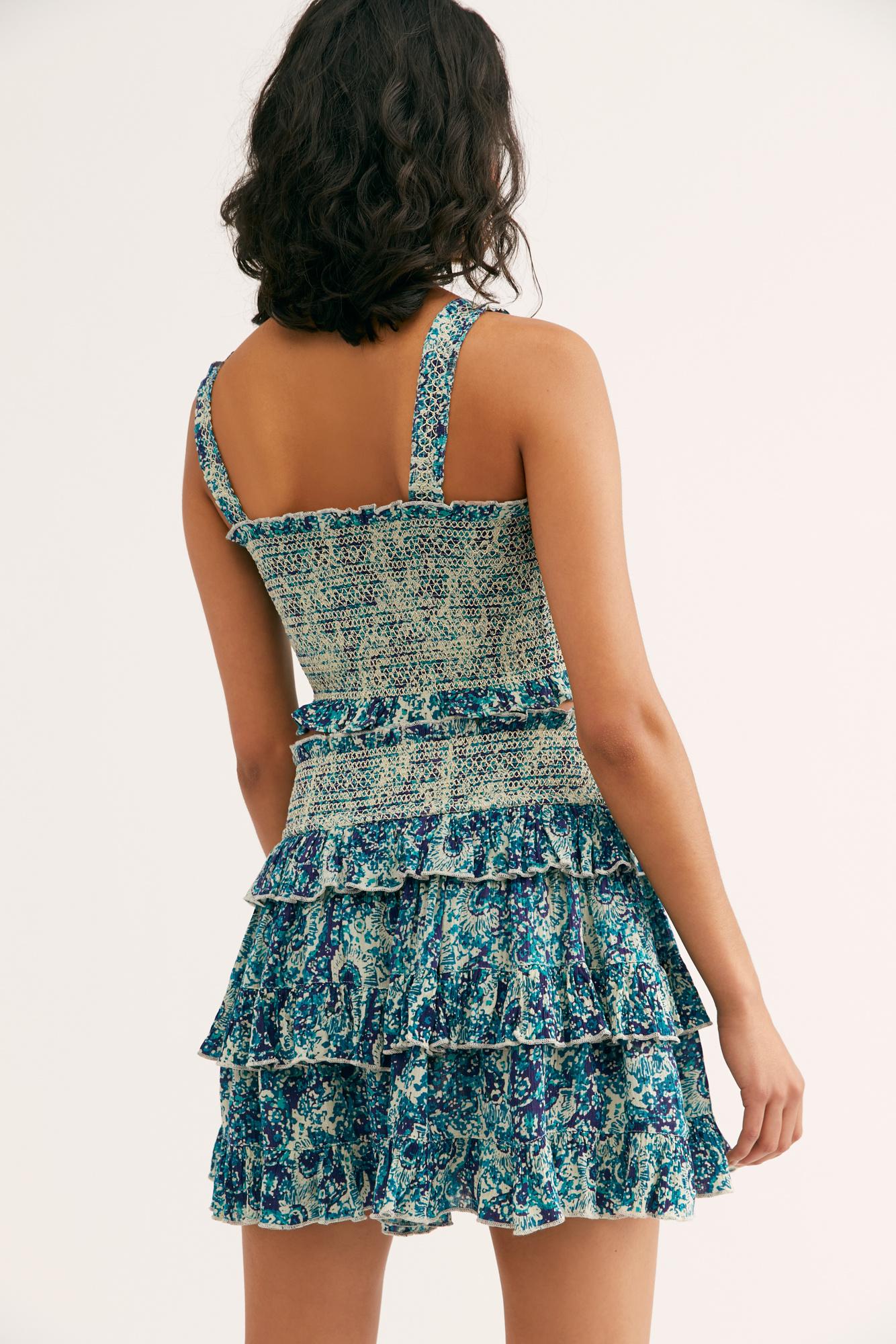 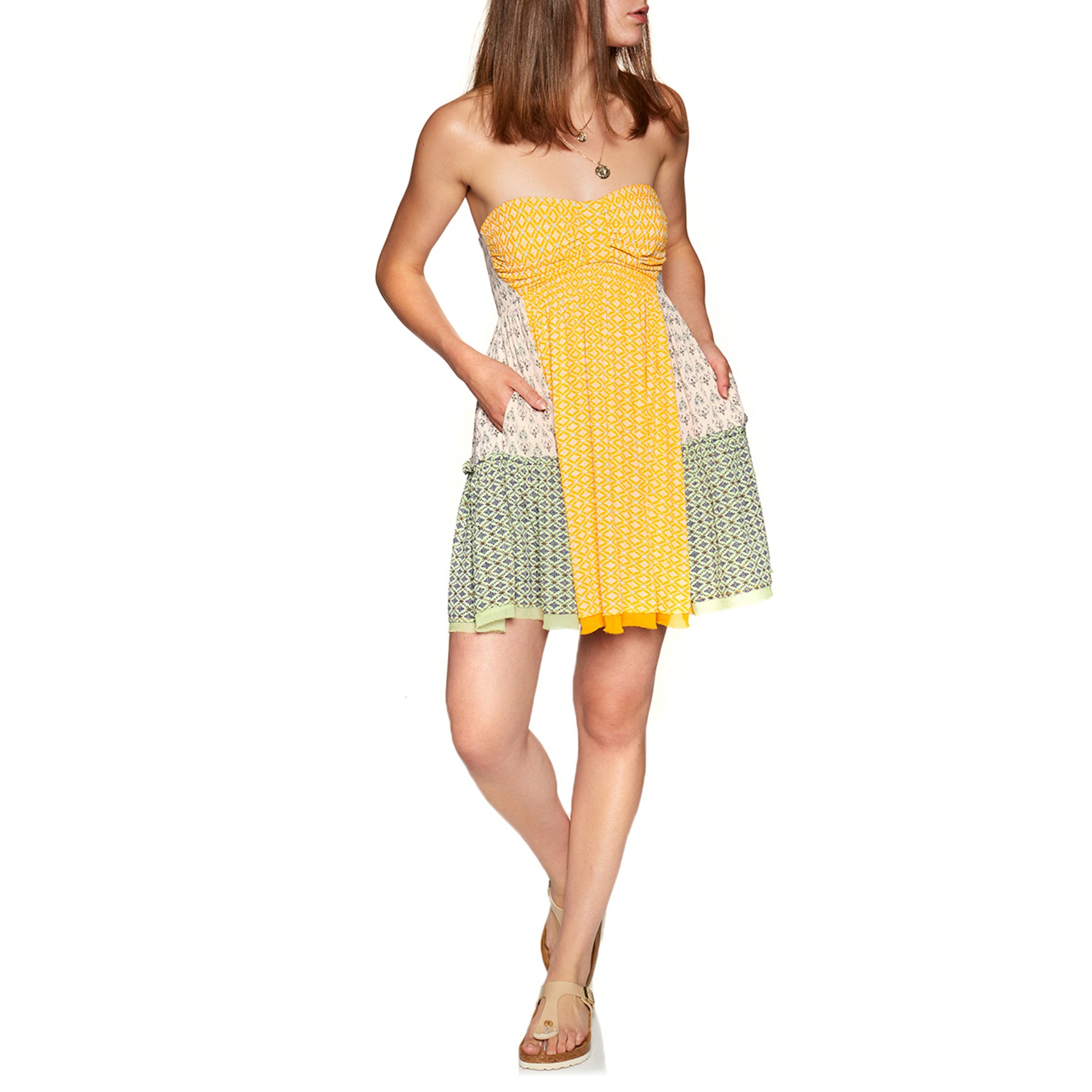 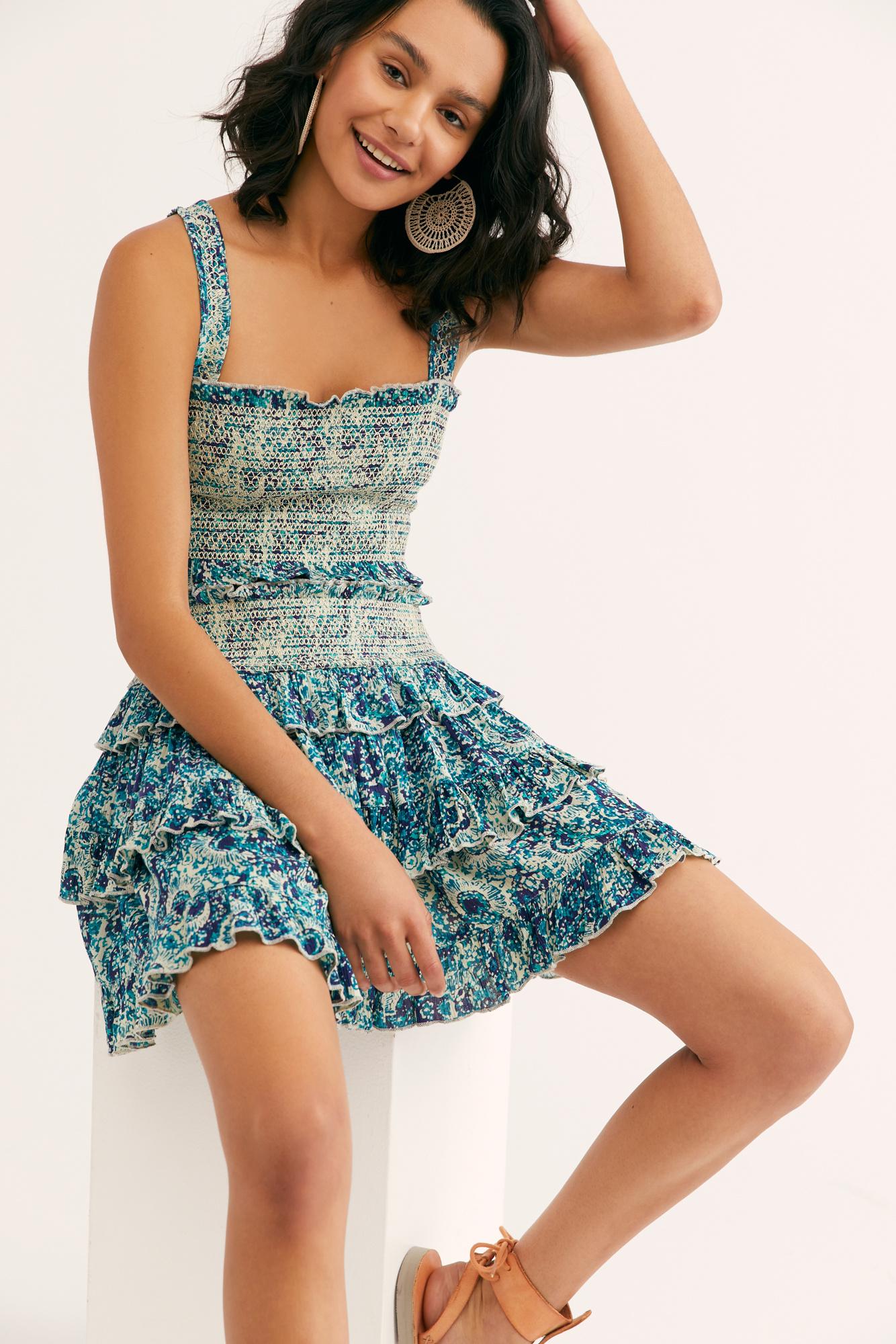 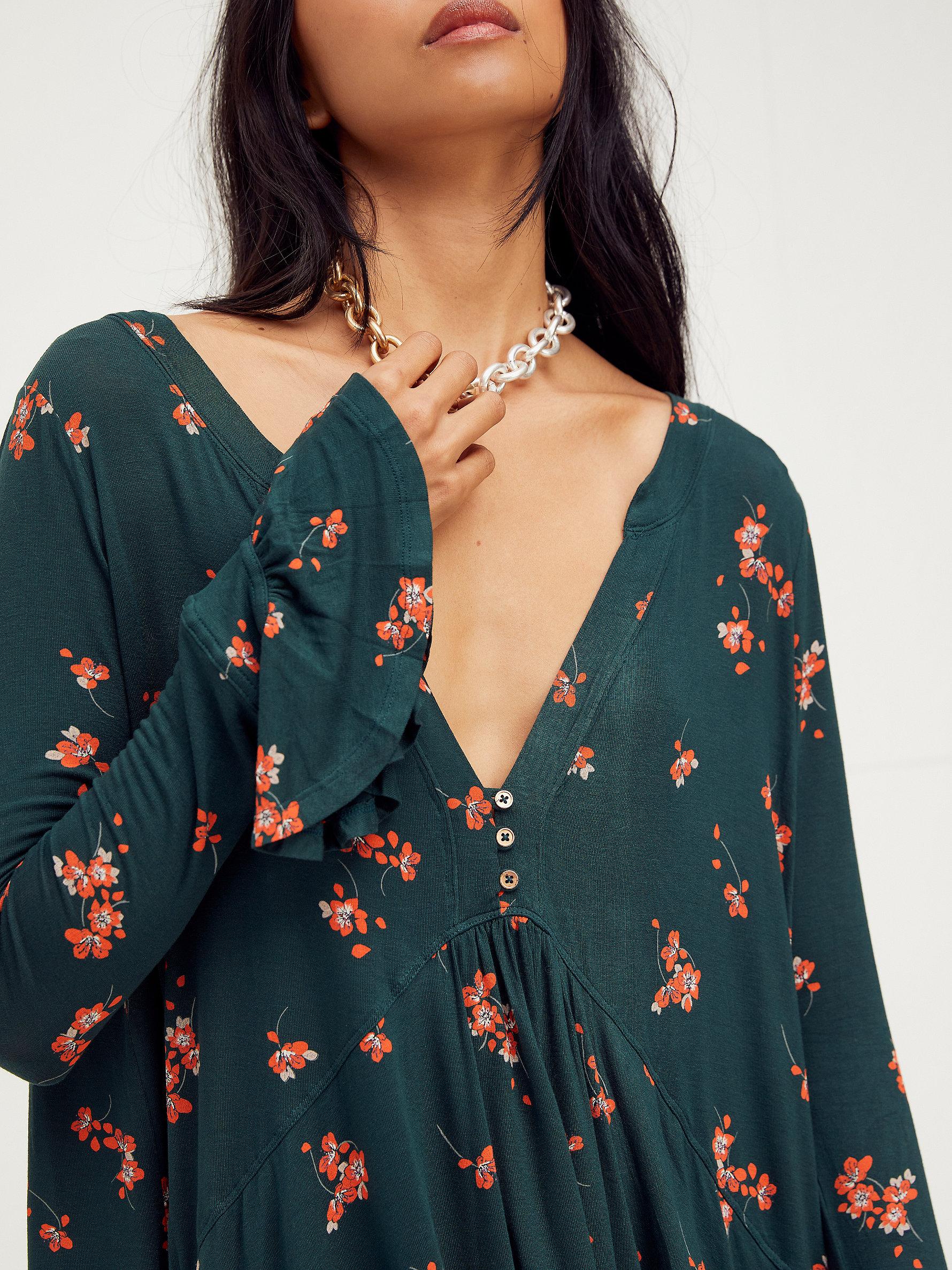 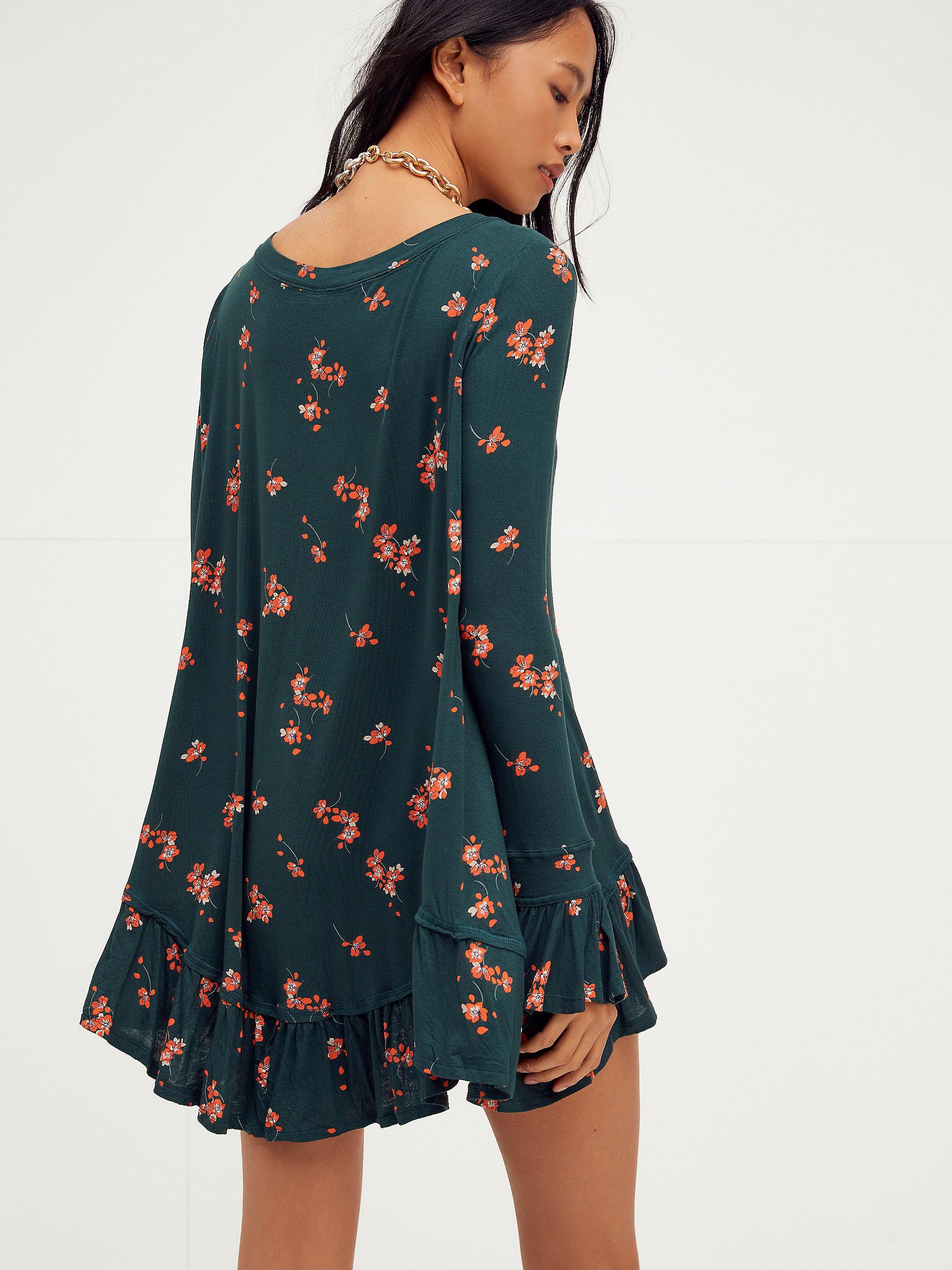 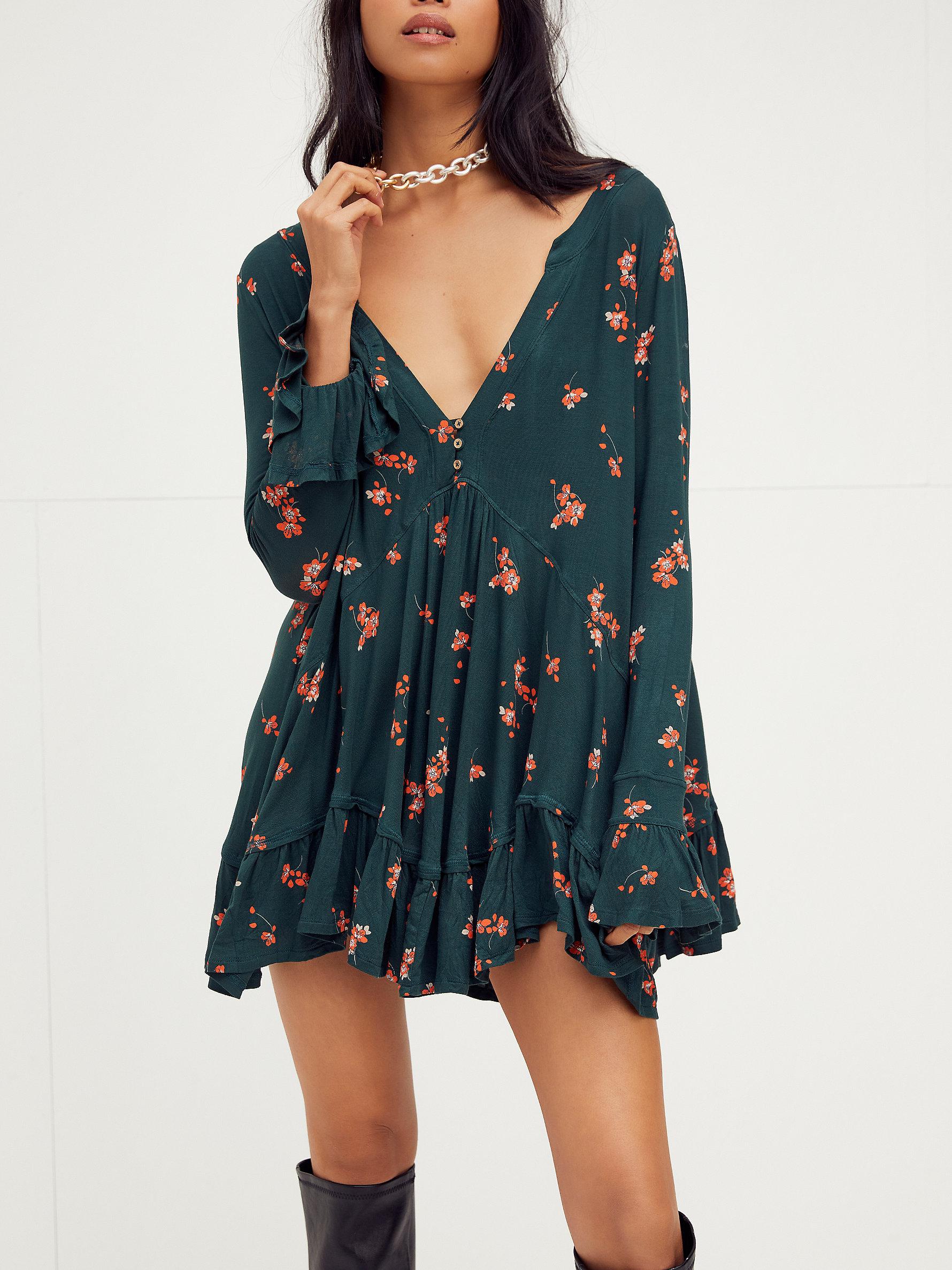 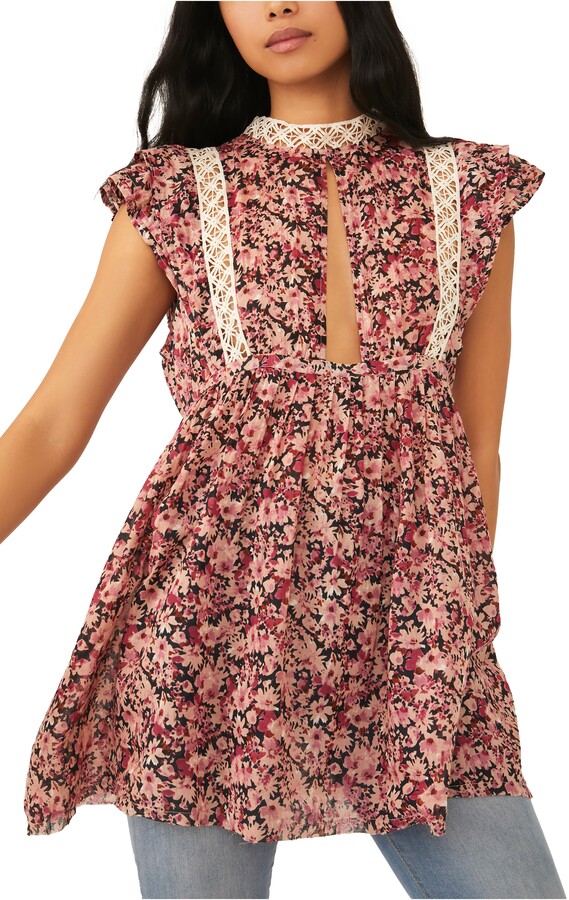